Can You Boil Ocean Water To Drink? How To Guide

Boiling water is a typical way to kill germs and make water safe to drink. What about the seawater? Can you boil ocean water to drink?


After boiling ocean water, it is not safe to consume. 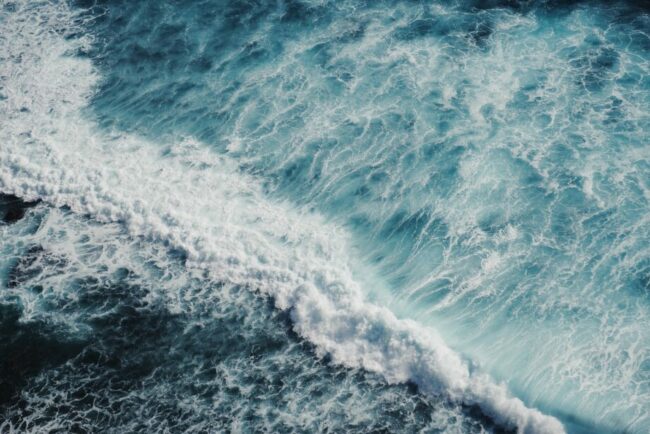 To make saltwater drinkable, you must not only sterilize it but also remove the salt. Drinking huge amounts of saltwater can be fatal due to the pressure it places on your organs.

The average-sized adult would die after consuming around 2 gallons of ocean water.

It is not possible to consume ocean water once it has been boiled. Boiling removes water molecules while leaving salt behind.

You may drink ocean water if you use a procedure called desalination to remove the salt from the saltwater.

Desalination can be accomplished using reverse osmosis or distillation.

Continue reading to discover more about the health implications of drinking ocean water and the technology that makes ocean water safe to drink.

can you boil ocean water to drink?

After boiling ocean water, it is not safe to consume. The salt and other contaminants in the ocean water are not removed by boiling. The average-sized adult may be killed by drinking around 2 gallons of ocean water.

Only urine that is less salty than salt water can be produced by human kidneys. As a result, in order to eliminate all of the excess salt ingested by drinking saltwater, you must urinate more water than you drank.

A kidney cannot produce urine from salt concentrations more than 2%. Because seawater contains roughly 3% salt, when we drink it to alleviate our thirst, our kidneys must use existing water from our bodies to dilute the added salt, making us feel even thirstier. Even as you feel thirstier, you will eventually die of dehydration.

What Is the Meaning of “Salty Water”?

Dissolved salts are present in substantial levels or “concentrations” in saline water. Concentration is measured by scientists by measuring the quantity of salt in water in “parts per million” (ppm).

Here are the many water sources and their salinity levels:

To put this in context, ocean water contains around 35,000 ppm of salt, making it an extremely saline water source.

How Safe Is It to Drink Ocean Water?

We already know that 97 percent of the Earth’s oceans are salty, 2 percent is ice, and just 1 percent is drinkable freshwater. Humans cannot safely eat ocean water in this way.

It goes without saying that ingesting ocean water may be fatal to people. According to the National Ocean Service, while tiny amounts of salt (such as when used as a condiment in food) are acceptable to consume, drinking ocean water – which contains significantly more salt – can cause major harm, if not death.

What Effect Does Saltwater Have on Your Body?

Although living cells rely on sodium chloride or salt to keep various chemical processes in the body regulated, too much salt in our system may be exceedingly harmful.

To put things into perspective, when we consume trace levels of salt as part of our regular meals, we also balance it out with other fluids to help dilute the salt and maintain it at a safe level.

Because the salt concentration of ocean water is far greater than what the human body can ever handle, ingesting it as a regular fluid may kill you even if you follow a low-sodium diet.

So, why are you unable to drink ocean water? What effect does salt water have on your body?

The body would have to expels more liquid than was consumed, which is impossible, and this is why, ironically, drinking seawater causes dehydration.

Three percent of seawater is salt. This implies that if we drink a litre, our kidneys will require at least one and a half litres of fresh water to dilute all the salt, forcing them to remove an additional half litre from our body.

What exactly is desalination?

Desalination is the process of removing salts from saline (salt) water in order to create freshwater. Desalination of saltwater yields water appropriate for human consumption, sanitation, or irrigation.

Many seagoing ships and submarines employ desalination. The majority of current interest in this technique is centered on developing a cost-effective supply of freshwater for humans to drink and consume. This method of supplying fresh water for people to drink and consume is growing increasingly common.

How Can Seawater Be Desalinated?

To make saltwater drinkable, you must not only disinfect and purify it, but also eliminate the salt. Drinking huge amounts of sea or salt water can be fatal due to the pressure it places on your organs.

Your kidneys have no option but to work overtime to filter out the salt, not to mention that water with a high salt concentration will never rehydrate you. There are several techniques to separate salt from water using simple equipment, as well as additional methods that do not require the use of expensive equipment that includes boiling the water.

However, instead of simply boiling the saltwater, you may boil it and collect the steam, implying that you distill it.

Desalination may be done in three ways: thermal, electrical, or pressure-based. Desalination procedures include the following:

Reverse osmosis is a helpful method that assists in wastewater treatment, recycling, and even energy production, in addition to desalination. Pressure is used to drive unfiltered water through a semipermeable membrane in RO. The resultant freshwater is known as permeate, and the material left behind containing pollutants is known as brine.

Thermal distillation is a method that may be used for a variety of purposes. Apart from desalination, this is utilized for alcohol purification, crude oil refining, and the production of liquefied gases from air. Distillation, one of the oldest processes in history, has been employed since at least 3000 BC.

It works by boiling ocean water and then collecting the steam, leaving the salt behind. This is the closest procedure to just boiling water; hence, most people believe that ocean water can simply be heated to make it safe for drinking.

When two liquids with considerably differing boiling points need to be separated, scientists use simple distillation to separate solids and nonvolatile particles from liquids. It works by heating a mixture in order to convert the most volatile component from liquid to gas. The vapor is then condensed in a condenser.

This is used by experts to segregate heat-sensitive components from one another. Steam distillation works by injecting steam into the mixture, which causes some of the constituents to evaporate. The resultant vapor is cooled and separated into two portions.

When the boiling points of the components of a combination are near to one other, fractional distillation is performed. A mixture is heated to produce vapor, which then enters a fractionating column. The vapor condenses on the packing material of the column as it cools. The increasing vapor’s constant heat would drive the liquid to evaporate again, gradually providing a greater purity sample.

Vacuum distillation can be used to separate components with high boiling points. This method is especially beneficial when the typical boiling points of components are higher than the breakdown temperature.

Electrodialysis is regarded as a more energy-efficient method of desalination, as well as a viable alternative to RO. An applied electric potential difference transports salt ions via ion-exchange membranes from one solution to another. This method differs from RO and distillation in that the dissolved particles are transported out from the stream rather than back into it.

It uses a freezing-melting process and is also known as Freeze Desalination or Freeze Crystallization. Water is frozen (crystallized) and then separated from its salty solution by experts. Unlike thermal distillation, vacuum freezing uses the phase transition of water from liquid to solid rather than liquid to gas.

It works by separating ice crystals from brine, cleaning them to eliminate additional salt crystals on the surface, and melting the rest to generate fresh water.

The Price of Converting Seawater to Drinking Water

You may be wondering why, if these technologies for ocean water treatment are available, we aren’t using them more to meet the need for safe drinking water. After all, the oceans are huge and seemingly infinite.

You are correct. Ocean water is an appealing water resource since it offers a dependable and limitless source of water for coastal locations across the world. Brackish water, on the other hand, is a very drought-resistant supply for an inland community. So, why not simply treat these water resources more thoroughly in order to produce drinkable water?

The cost of technology.

Saudi Arabia has the world’s biggest desalination plant, producing 128 million gallons per day (MGD) of desalinated water. That’s a lot of water coming from a single place, forcing increasing water prices for people who acquire it through imports.

Furthermore, thermal distillation techniques need a large amount of energy, particularly during the vaporization phase of the process. Energy is expensive everywhere in the world. As a result, new contemporary technologies are being developed that utilize the same underlying principles of distillation, but at a lower energy cost.

Is it possible to make ocean water drinkable on your own?

While the procedure produces clean, salt-free water, it cannot be used as the major source of drinking water. The distillation process is inefficient and complicated, and it should be regarded as a fun experiment. In an hour, you will only obtain 14 cups of distilled water if you use 8 cups of water.

Conclusion – Can You Boil Ocean Water to Drink?

If you boil ocean water, you cannot drink it. You can only consume ocean water once it has been thoroughly desalinated.