Does Vodka Go Bad? How Long Does It Last?

Is vodka perishable? I can say completely and unequivocally that vodka does not spoil.


Although it may appear to be an overly simplistic statement, it is, in fact, that simple. Nonetheless, it may be of interest to you to learn more about the specific facts and conditions behind this claim. 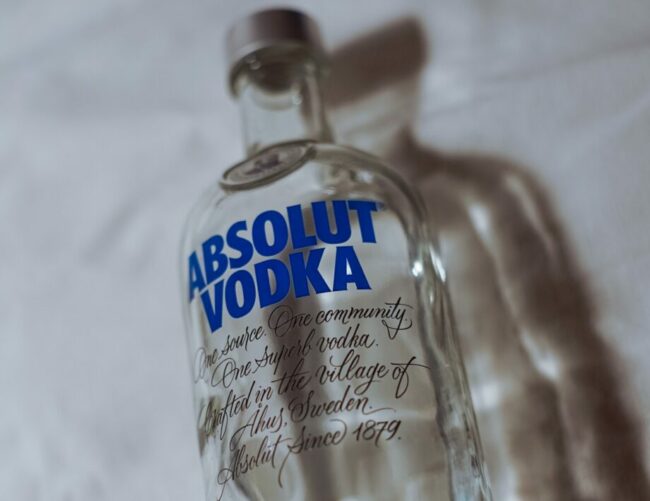 What Exactly Is Vodka?

We’re sure you’ve pondered this question at least once in your life! And, indeed, what kind of alcoholic beverage is it? It’s not like wine since vodka is clear, indicating that it’s not manufactured from grapes. It’s not, however, like beer or whiskey.

You’ll be astonished to learn that this spirit was solely used as…medicine throughout the Middle Ages! Yes, people used to consume vodka solely for medicinal causes back then.

In terms of production, to make vodka, you must first ferment any food that includes sugar or starch. The product must next be distilled to boost its alcohol concentration.

What exactly is fermentation, you ask? It occurs when sugar is fed to yeast for the yeast to create the needed amount of alcohol.

Most vodkas are now prepared from fermented grains like corn, rice, rye, sorghum, or wheat.

Nobody, however, bans you from using potatoes, fruits, or even pure sugar! After fermenting the product, it must be distilled, which involves heating it in a specific container.

There are even bands that make a vodka that is 95% alcohol!

What Happens When Vodka Goes Bad?

No, vodka does not go bad. If the bottle is not opened, vodka has a shelf life of decades. So, in essence, vodka never expires. Vodka is a straightforward, reliable spirit. It doesn’t have much in it.

So there aren’t many compounds to begin decomposing and becoming uncontrollable. However, no bottle of vodka is completely hermetically sealed. There will be some exposure to outdoor air.

An unopened bottle of vodka may have lost enough taste and alcohol content after 40 or 50 years owing to steady, continuous oxidation to be termed expired. However, it is also possible that it will take 100 years. The point is that, for our purposes, vodka does not expire, but it also does not endure indefinitely.

But why doesn’t vodka spoil?

First and foremost, we must clarify what we mean by “becoming bad” because it might be interpreted in one of two ways. In English, this can mean either that your meal tastes bad or will make you sick if you eat it; however, the two definitions are sometimes used interchangeably.

Vodka cannot lose as much flavor because it is designed to be flavorless and odorless from the start. Even if it isn’t completely tasteless, it is subtle, difficult to explain, and disliked by many.

If it doesn’t have much flavor, and the taste may not even be desired in the first place, losing it or starting to taste terrible isn’t very easy or even noteworthy.

On the other hand, food might spoil owing to bacterial development after being exposed to room temperature for an extended period. It turns out that vodka, which contains 40% ethanol alcohol, is an unfavorable habitat for such bacteria, which cannot thrive in environments with more than 25% alcohol concentration.

However, many products are referred to as “vodka” these days, including those with a relatively low alcohol level. Be cautious if your vodka is flavored, such as a 50-proof flavored vodka.

What about Vodkas with Flavors?

Flavored vodkas are an altogether different beast. They are comparable to beverages other than vodkas, such as wine or whiskey.

To begin with, the drink’s flavor is essential to its identity, whether it’s coconut vodka or churro vodka. Because time, heat, and light can dilute the taste, it is preferable to drink the product soon and store it in a cold, dark area.

Absolut (brand name) suggests that their flavored line be drunk within two years of purchase for the greatest flavor. If it’s opened, the flavoring chemicals will begin to leave the drink even faster. Thus it’s better to eat the flavored beverages quickly after opening them for taste.

While flavored vodka is not as perishable as wine or cream-based alcohols, many of which will only last a few weeks after opening, it is still advisable to purchase them shortly before using them. In an emergency, stick to straight vodka.

What Is the Shelf Life of Vodka?

Vodka is a fairly stable distilled spirit that may be stored for an extended period. If the bottle is not opened, it has an endless shelf life. If you open a bottle of liquor bottled in 1980 in 2020, it should taste practically the same as if you opened it in 1980.

Why “nearly precisely” rather than “exactly”? Even an unopened container isn’t completely sealed, especially if the cap is natural (like cork); the liquid evaporates slowly. If the cap is made of plastic, the whiskey will most likely begin to alter its flavor after a few decades.

This is due to the chemicals seeping from the plastic. There is no reason to be concerned because the levels are insignificant and offer no health hazards.

When you open the bottle, the evaporation process speeds up a little. That doesn’t imply the liquid will evaporate in a year or two. It implies that vodka will progressively lose flavor, and after a decade or two, it will most likely not taste as delicious as it did when you first opened it.

Does Vodka Go Bad After It’s Been Opened?

You may be wondering if vodka spoils once it has been opened. If a bottle of vodka is opened, evaporation will proceed at a higher pace, although it will not happen in a year or two.

After a decade or two, vodka’s flavor will gradually deteriorate, perhaps rendering it tasteless. Vodka, on the other hand, will not spoil. It will deteriorate with time.

After a few decades, the proof may fall below 25%, increasing the likelihood of germs and yeast developing in the bottle. This might result in food poisoning in the worst-case situation, which is exceedingly improbable.

However, if your vodka has developed an off-odor, unusual flavor, or altered appearance, it should be discarded for safety and quality reasons.

How To store Vodka

Store vodka in the same manner as you would other spirits, such as whiskey or vodka’s relative brandy.

To preserve its quality for as long as possible, store it in a cool, dry place away from sunlight and heat sources. The bottle should be kept upright as much as possible to avoid leaks.

After you’ve opened the bottle, use the original cap to seal it before placing it back in the cabinet firmly. Replacement caps are unlikely to seal the bottle as well as the original.

Finally, never store vodka (or any other liquor) with a bottle pourer. After using this tool, replace the original cap on the bottle.

If you want to serve the vodka cooled, place it in the refrigerator for a few hours. You may use the freezer instead to expedite the procedure. Don’t be concerned about the booze freezing.

Vodkas freeze at temperatures lower than -10 degrees F (or -23 degrees C), and your freezer is unlikely to be able to reach that temperature.

Consider putting the leftover vodka into a smaller glass bottle if your bottle is less than half filled. The less air in a bottle, the slower the oxidation process, which means the flavor will last longer.

Of course, this idea only makes sense if you know the vodka will sit in the cupboard for a few years. There’s no use in doing something if you’re not going to utilize it in a week, month, or half a year. The taste loss in such a short time is insignificant.

Is it OK to put it in the freezer?

Although it may seem appealing, freezing liqueurs is not suggested since it dulls the beverage’s flavor.

To avoid diluting the drink, maintain it at a steady and moderate room temperature and mix it with ice for seven to ten seconds before pouring.

Does vodka evaporate at room temperature?

Although vodka may be stored indefinitely, it does alter with time. Evaporation is one of the changes that affect an open bottle of vodka.

Some contents will slowly evaporate over time, resulting in taste loss. You won’t notice if you drink your vodka with a mixer, and most people won’t notice if they drink it straight. Even though some flavor is lost, the vodka is still entirely safe to consume.

Now that you know that vodka doesn’t truly go bad or expire; it only loses its strength and flavor, you won’t worry if you discover a bottle of this spirit in your bar after a couple of years.

However, to truly enjoy this cocktail, we recommend that you preserve vodka according to its storage laws (which are fortunately not difficult!).

In this manner, your beverage will remain as awe-inspiring as the day you purchased it!