DSLRs vs. Mirrorless Cameras: What are the differences?

Home  »  Photography   »   DSLRs vs. Mirrorless Cameras: What are the differences?

Whether you’re a photography enthusiast, a specialist searching for a new camera, or maybe an entirely different device, there’s one topic you can’t avoid: DSLR or mirrorless camera.


This may not have even been a concern a few years earlier, at least not one that would have been taken seriously by photographers with such standards. 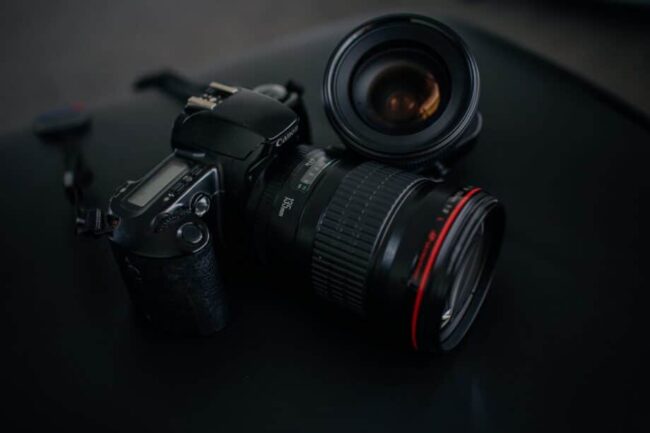 So, what exactly is it about these tiny, all-digital cameras that have placed such immense strain on the DSLR market?

We posed the same question to ourselves, and after extensive analysis and comparisons, we split the response into 11 sections that specifically illustrate the most significant distinctions in how both styles of cameras operate and function.

It is important to remember that, although some of the technology within them is somewhat different, the core operating concepts stay the same.

Let’s look to see whether mirrorless cameras are on par with or stronger than DSLRs.

What exactly is a DSLR camera?

DSLRs, or digital single-lens reflex cameras, all have the same basic design:

Light comes via the lens, bounces off a mirror, passes through a specific prism, and enters your eye through the viewfinder.

When you click the shutter button, the mirror flips up to expose the camera sensor to light. The viewfinder immediately blackens (no mirror, no light, right? ), the shutter slides out of the way of the sensor, and – presto! – your shot is captured.

DSLR cameras now operate smoothly; however they have a basic flaw:

Mirrors occupy a lot of room. If you’ve ever touched a DSLR, you’ve noticed its considerable size and weight due to its unique DSLR components, which necessitate a big, hefty housing.

This isn’t an issue for some photographers, but for others – those who shoot all day, travel regularly, carry a camera around all day, or want a tiny, lightweight package – DSLRs are too huge and unwieldy.

This is where mirrorless cameras come in.

What exactly is a mirrorless camera?

Mirrorless cameras are similar to DSLRs; however there is one major difference:

They don’t come with a mirror. Light enters the lens and never bounces off a mirror to illuminate a viewfinder; instead, light is sent directly to the sensor. After that, the sensor is digitally projected onto the camera’s back LCD and (in certain cases) through an electronic viewfinder.

When you press the shutter button on a mirrorless camera, the sensor begins to capture data, and you receive a photograph. (A mechanical shutter is frequently used, although outside this article’s scope.)

Mirrorless cameras are often significantly smaller than DSLR counterparts due to the lack of a mirror, especially when compared to cameras of identical sensor size – yet the elimination of mirror technology has resulted in various extra benefits and downsides, as I detail below.

It’s also worth noting that there are many distinct types of mirrorless cameras on the market. Some feature interchangeable lenses, while others have one built-in lens. If you have a smartphone, you already have a mirrorless camera because all smartphone cameras lack a mirror (imagine attempting to squeeze a mirrored mechanism inside one of those small lens holes!).

The physical variations between these two camera models are important, but ironically, the distance is not as wide as it once was.

All are familiar with the look and sound of a DSLR. Some entry-level models may be very large, particularly when paired with a more expensive lens.

Despite all the compact bodies intended for home use and family holidays, the DSLR remains a large, powerful piece of machinery. Many people despise this because they would rather develop good biceps at the gym than film, but many photographers still despise the thought of holding tiny cameras in their hands.

This is why mirrorless cameras first gained popularity.

Tiny, lightweight bodies with fun features were a big success. Panasonic and Olympus used the M4/3 format for their cameras, while Sony used APS-C sensors in their compact mirrorless bodies.

Usually, the sensors are half the size and weight of a standard DSLR, and several of the lenses are as well. However, higher-end mirrorless cameras have become larger and heavier — almost DSLR-like — as shown by Sony’s second-generation A7 family.

This is claimed to be due to photographers’ need for bigger grips. Overall, mirrorless solutions are smaller, even though the variations are less noticeable in newer versions.

This is the most significant variation in practical usage.

Both DSLRs have an optical viewfinder built on the same concept as the first film SLRs. The phrase says it all. SLR stands for Single Lens Reflex, and the “D” stands for optical.

Using a series of mirrors and prisms, optical viewfinders enable you to see through the camera lens. Both advanced DSLRs have 100 percent coverage, whereas several novice and enthusiast versions have 95 percent coverage.

Mirrorless cameras, as the name implies, have entirely removed this optical assembly and instead focus on a purely electronic viewfinder.

Earlier versions had flaws, and it was normal to see sluggish systems with a lot of noise.
However, newer models have largely removed these problems, and cameras such as the Sony A7R II provide a pleasant viewing experience. Electronic viewfinders may also show additional detail, such as live histograms.

It comes down to personal preference: If you’ve been using a DSLR for a long time and enjoy optical framing, you may not be surprised by how realistic electronic viewfinders appear. Mirrorless cameras can be a good match if you’re used to framing on an LCD panel.

Regarding features, it isn’t easy to choose a definite winner.

When you compare each form of a camera in the same class, you would most definitely see a similar collection of features. Full manual controls, RAW firing, and Wi-Fi are all accessible and vary very little, making a choice much more difficult.
The use of lenses

Lenses are incredibly significant, and the DSLR device wins hands down in this category.

Canon and Nikon have the most lens options for their camera bodies. The thought of using a 50-year-old lens on a 2016 body without adapters appeals to others, but the main benefit of this wide variety of options is that there is a decent lens for any budget.

Since mirrorless cameras have only been around for a short while, the lens lineups of all major manufacturers are expanding rapidly. M4/3 owners currently have the most choices since both Panasonic and Olympus lenses are compatible with their cameras. However, Sony and Fuji are winning ground with some fantastic prime lenses.

For most photographers, this is the most important factor. Picture quality, regardless of how large or tiny the sensor, can frequently determine the outcome of the buy.

Only a few years ago, choosing a camera based on picture quality was simple: if you wanted top-tier quality, you needed a high-end DSLR. It is now history.

Image quality entails vibrant colors, a wide dynamic spectrum, outstanding sharpness, and low-light efficiency. Both styles of cameras available on the market today can do this.
a video

When taking film, the DSLR is generally regarded as the industry norm, but this is because it arrived at the party before the mirrorless camera. The majority of experienced filmmakers do use DSLR cameras, although this is rapidly evolving.

For various purposes, mirrorless cameras are best equipped for the film.

To begin with, don’t need an optical viewfinder, making them simpler to build.

With the advent of accessible 4k and unparalleled low light output, landmark cameras such as the Panasonic GH4 and Sony A7s have practically transformed the whole industry and how professionals operate. And though everybody is already really acquainted with the good ol’ Canon 5D III, it took the DSLR longer to test these functions.

Life of the Battery

Mirrorless cameras use more resources when they are entirely electrical (except the mechanical shutter). DSLR batteries are often bigger in capacity, which allows them a longer life. Extra batteries are needed if you intend to use a mirrorless device.

Autofocus is a feature that allows you to concentrate

Several AF programs have been introduced and refined throughout the DSLR’s evolution. Consequently, DSLRs employ extremely precise and powerful high-speed “phase-detection” technologies. However, they only operate while framing via the viewfinder since the device is normally positioned below the lens and must stay down.

Live view autofocusing on DSLRs can be very sluggish since they turn to a separate contrast mechanism that is much slower when the mirror is lifted.

Mirrorless cameras also have very fast hybrid AF systems, although this is mostly due to the lenses being designed around the cameras.

However, mirrorless devices are losing the fight, at least for the time being. Pro DSLR bodies with insanely quick and reliable AF systems, such as the Nikon D5, help to explain their hefty price tags.
Get some fun!

When shopping for a new camera, it’s easy to forget the basic concept of having fun.
The amount of enjoyment and ease with which a camera is used can significantly impact the overall shooting experience. If you are someone who enjoys photography without any strings attached, pleasure is essential.

With this in mind, it is still much a matter of personal taste, but many people would accept that DSLRs are much more fun.

The optical viewfinder is appealing, and the DSLR has already been around long enough to eliminate some significant interface defects that might degrade the user experience.

Mirrorless cameras are becoming more common, but the low end of the market lacks even a viewfinder, making it feel like you’re using a regular compact camera.

Sure, several other points can be brought up. The electronic viewfinder on the A7RII is a work of art that you might gaze at for hours. However, before this becomes the standard, the user interface would be dominated by DSLRs.

DSLRs are also the right choice if you want to get the most value for your buck, which, let’s face it, we all do.

A moderately-priced camera provides more, while an entry-level mirrorless camera would almost certainly leave you needing more and purchasing additional batteries.
In any case, whether you’re shopping for a DSLR or mirrorless camera frame, lenses, or associated accessories, there are some great offers to be had from reliable retailers.

No, the DSLR isn’t going anywhere, and we’ll see some fantastic cameras in the coming years. However, things can be a little (or a lot) more volatile when it comes to market share. Mirrorless cameras are the potential and, to some degree, the current.

Technically, they would most certainly have comparable skills in the immediate future, and the final point that could tip the balance in favor of one or the other would be a personal choice.
Seeing the same results and functionality in two fundamentally different kits is just one of the many benefits of becoming a photographer.

Let us know if you choose DSLRs or mirrorless cameras.