How Long After Drinking Can I Take Tylenol And Why?


Tylenol use after ingesting alcohol might be exceedingly hazardous to one’s health. The main reason for this is that the effects of alcohol on the liver are already unfavorable. 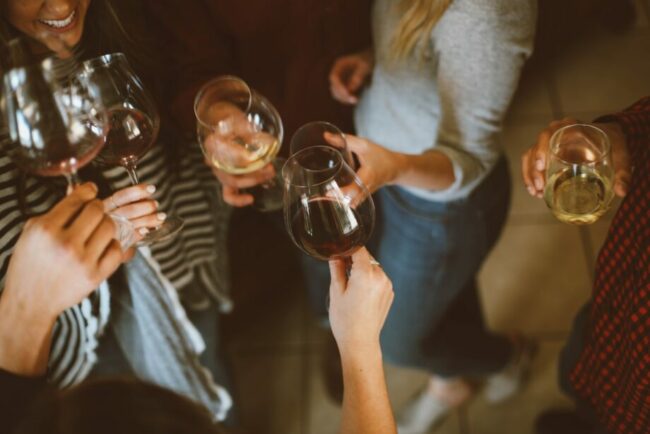 Furthermore, if a person takes Tylenol, the synthesis of Tylenol in the liver leads to the development of certain poisonous compounds, which may be exceedingly harmful to it.

Thus, if a person takes Tylenol immediately after drinking, the number of toxic compounds in the liver rise, which may be exceedingly harmful not only for the liver but also for the rest of the body.

Is it safe to take Tylenol with alcohol?

Because they are so ubiquitous, it is easy to overlook the fact that they may form a potentially deadly combination.

Drinking too much alcohol over a long period might harm the liver. Similarly, taking too much acetaminophen at once, or taking too much regularly, might induce liver damage. Knowing this, it stands to reason that the liver’s health is the most important consideration when mixing these two medications.

Is it OK to have one or two drinks?

Some individuals, however, may need to be extra cautious since combining the two may increase their risk of liver damage.

What role does your liver play in the metabolism of drugs and alcohol?

Acetaminophen is metabolized in the liver, as it is for many other drugs. When you take the correct amount, your liver converts most of it into a harmless chemical excreted in your urine.

Your body converts a minor byproduct of acetaminophen metabolism into a poisonous chemical that may injure your liver. Fortunately, a secondary component known as glutathione aids in the reduction of harmful effects.

However, if you take too much acetaminophen or your liver does not have an ample glutathione reserve, the poisonous metabolite may build and cause serious liver damage.

Liver cells also metabolize alcohol. Indeed, acetaminophen and alcohol both use glutathione in the liver to mitigate their harmful effects.

Chronic, excessive alcohol use depletes your liver’s glutathione levels over time, which might cause issues when acetaminophen is added to the mix.

The Dangers of Combining Alcohol and Tylenol

Your liver contains enzymes responsible for breaking down chemicals entering the body. Your liver may have difficulty breaking down and processing the Tylenol if you drink.

You are at risk of serious liver damage if this occurs. This risk increases when you use more pain relievers or consume more alcohol.

When you use acetaminophen for fever or pain relief, your body creates a toxin called NAPQI. NAPQI is broken down by a molecule known as glutathione. When you take too much acetaminophen, your body’s glutathione levels plummet, making it unable to absorb and handle other potentially dangerous drugs.

As a result, a hazardous accumulation of NAPQI occurs. When harmful compounds accumulate in the body, they may cause liver damage.

When you have liver impairment, it may limit the functioning of this critical organ and cause pressure in the brain and irregular bleeding or swelling.

How long can I take Tylenol after drinking?

However, after the effects of alcohol have worn off, Tylenol doesn’t produce much liver damage. The time it takes after drinking for you to take Tylenol depends on the dose of Tylenol to be ingested after alcohol use.

Why does it take me so long after drinking to take Tylenol?

Tylenol, like other drugs, is processed in the liver. When a person takes Tylenol, it enters the liver and is transformed into smaller compounds called benign substances, which are subsequently excreted from the body through urine.

Tylenol is broken down into smaller metabolites, which are then metabolized into a poisonous chemical that is detrimental to the liver and the whole body. Certain medications, however, may lower Tylenol’s toxicity and the harm it does to the liver and body. Glutathione is one such chemical compound.

However, suppose too much Tylenol is ingested, and the liver does not have enough glutathione. In that case, the poisonous molecule generated during Tylenol synthesis accumulates in the liver and causes significant damage to it.

Alcohol is yet another chemical compound that is produced in the liver. Furthermore, Tylenol and alcohol are both chemical molecules impacted by glutathione in the liver, and their harmful effects are lessened.

Will taking Tylenol after a few beers be harmful to your liver?

Taking a standard dosage of acetaminophen (no more than 4,000 mg per day) after one night of drinking should not harm the liver. Regular, heavy alcohol usage (more than one drink per day for women or more than two drinks per day for males) coupled with repeated daily acetaminophen dosages predisposes the liver to acetaminophen-associated toxicity.

If you plan to drink at a party or other social event and take a couple of doses of acetaminophen the following day for your headache (no more than 4000 mg per day), you should be OK.

However, suppose you habitually consume more than the authorized number of alcoholic beverages daily. In that case, you should only take acetaminophen in exceptional cases and avoid daily dosages of more than 4,000 mg. ​

The time it takes to ingest Tylenol after drinking rises as the dose of Tylenol taken by the individual increases.

The main reason is that it takes time for the liver to eliminate the poisonous chemicals created in the liver by alcohol and Tylenol.

If more harmful compounds are created simultaneously, poisonous substances will accumulate in the liver.