How Long Are Boxing Rounds And Why?

Did you know that boxing is one of the oldest sports? Boxing first appeared in Egypt around 3,000 BC, and the Greeks added it to the ancient Olympic Games in the late 7th century BC. 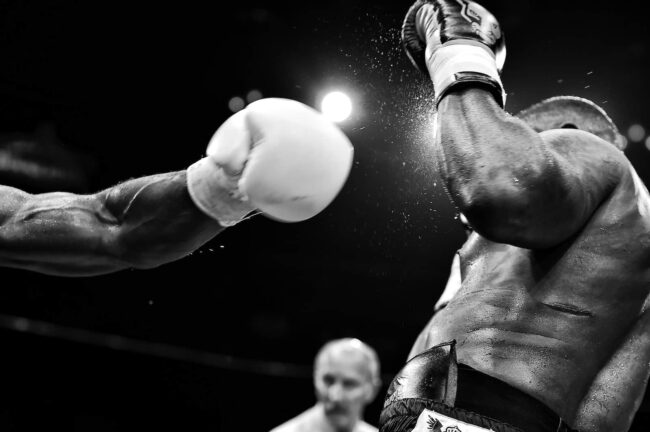 What is a boxing round?

With rare exceptions (such as a low blow or if a boxer’s gumshield comes out of his mouth), a “round” is the time frame in which two opposing boxers actively engage against one another without a break.

The event’s master of ceremonies will make a formal statement before the bell rings to signify the beginning of each round. It will ring again to signal the conclusion of each round.

How many rounds are there in a boxing fight?

Depending on the circumstances, a contest can be scheduled for a specific number of rounds. Nowadays, most bouts last between four and twelve rounds.

When a world championship or other important title, like the European or interim world title, is at stake, twelve-round fights are most often employed. In other instances, like when a young boxer makes their debut or is still climbing the ranks, the promoters of the two boxers may concur that a shorter distance is suitable.

Many boxers making their debuts start with four-round contests and progress to six-, eight-, and ten-round battles before they are prepared for championship bouts.

Professional boxing, usually referred to as prizefighting grew and evolved into the top-rank fighting we all know and love today. The matches last the longest, clocking in at three minutes and twelve rounds.

Even though boxers can only go for a maximum of 12, many fights have 4, 6, eight, or even 10 rounds. Whether a fight is categorized as a heavyweight, welterweight, middleweight, or featherweight simply relies on the match’s promoters.

Amateur boxing competitors are unpaid and compete for the love of the sport and national pride at events like the Olympics, Pan American Games, Commonwealth Games, and many more. The use of the word “amateur” does not in any way mean that the boxers are amateurs in form or shape.

These boxers are equally as talented and strong as those who compete professionally. In amateur boxing, points are awarded for the number of clean punches landed rather than for power or knockouts. Men can play up to three rounds in three minutes, and women can play up to four rounds in two minutes.

Youth boxing does not necessarily refer to teenagers but young people who box for recreation in clubs and fight camps rather than to enter the spotlight nationally or worldwide. The duration of a youth boxing round varies according to age:

Each round is followed by a minimum of one minute of rest before the next bout begins.

How do boxing matches end?

The end of a professional boxing match is not only up to the boxers; additional factors can also contribute to the decision.

Boxing matches can be decided by

How long is a boxing break?

The break between two rounds of boxing is one minute.

How long are boxing rounds?

Men’s boxing rounds in professional matches last three minutes, while women’s and amateur bouts last two minutes. Youth boxing rounds might last one, one and a half, two, or three minutes depending on the age groupings of the competitors.

The duration of boxing rounds varies depending on the level of the matches. The standard length must be adhered to when boxing matches are done professionally.