How Long Can I Drink After Taking Advil Ibuprofen And Why?

Is it safe to combine ibuprofen and alcohol?

The truth is that combining medication and alcohol can be hazardous to your health. First, some medications can be hampered by alcohol, making them less effective. Some drugs’ side effects can potentially be exacerbated by alcohol. This second interaction can occur when ibuprofen and alcohol are combined.


Consuming a small amount of alcohol while taking ibuprofen is usually not dangerous. Taking more than the authorized dose of ibuprofen or drinking excessive amounts of alcohol, on the other hand, considerably increases your chance of serious complications. 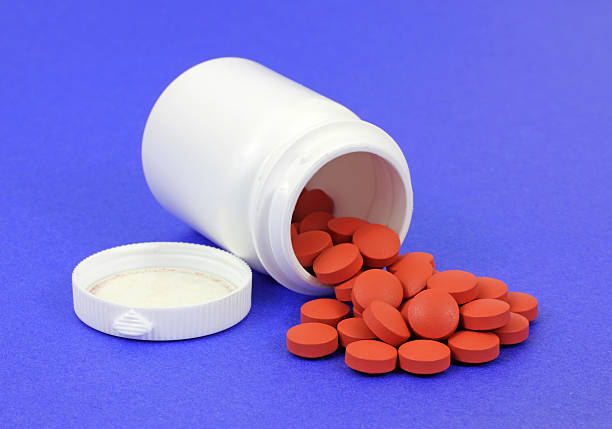 Advil, often known as ibuprofen, is a popular over-the-counter (OTC) medication used by people all over the world. While it is generally known that medication and alcohol should never be mixed, different types of medications have varying restrictions.

Advil is a nonsteroidal anti-inflammatory medication (NSAID) (NSAIDs). These medications are used to treat pain and inflammation in the body. Advil is typically used to treat minor headaches, common colds, menstruation cramps, toothaches, and other minor ailments. Advil is also effective at reducing fever and is less ‘heavy’ on the body than paracetamol.

What exactly is ibuprofen?

Ibuprofen belongs to the nonsteroidal anti-inflammatory medication class (NSAIDs). NSAIDs are effective at relieving pain and inflammation. Advil not only cures these symptoms but also lowers the temperature.

Ibuprofen is available without a prescription under the following brand names:

What exactly are NSAIDs?

As previously stated, NSAIDs are a class of drugs typically used to treat mild to moderate pain, fever, and inflammation. In addition, some nonsteroidal anti-inflammatory drugs (NSAIDs) are also used to treat illnesses such as gout and arthritis. These drugs operate by inhibiting the effects of cyclooxygenase (COX), an enzyme (protein) in the body that helps lower inflammation and your ability to perceive pain.

NSAIDs that are commonly used include:

They come in both prescription and over-the-counter (OTC) forms. Prescriptions are necessary for drugs such as meloxicam, commonly used to treat arthritis and greater doses of naproxen or ibuprofen.

How Long Can I Drink After Taking Advil?

This response is heavily influenced by two critical factors: the dosage taken and the amount of alcohol you intend to consume.

First and foremost, you must be mindful of the amount of Advil you consume. However, there is no need to be concerned if you are taking the medication as advised by your doctor.

If you are using Advil without a prescription, it is recommended that you take 400 mg once every 4-6 hours (for adults and teenagers). Any more than that will cause inflammation in your stomach and intestines, exacerbating your discomfort rather than treating it.

The second aspect to consider is the amount of alcohol you intend to consume. If you intend to drink 3-4 drinks (regular consumption), you can begin drinking immediately after taking Advil. If you want to drink extensively, you should postpone your plans by at least 5-6 hours and no more than 24 hours. Combining alcohol and Advil in your body is not a good idea.

Other factors, including a person’s pre-existing medical problems, gender, special pharmaceutical requirements, and genetic predispositions, all play a role in determining when and how much alcohol to drink after taking Advil. If you intend to change your regular consumption, you should consult your doctor first. If you’re in a rush, at the very least, visit a chemist.

Why should I wait so long after taking Advil to drink?

In most circumstances, drinking little alcohol after taking Advil does not cause harm. However, as previously said, it is dependent on several circumstances. Taking Advil with a moderate amount of alcohol occasionally will not interfere with your normal biological processes.

Because Advil is an NSAID, it may induce severe gastrointestinal difficulties if combined with alcohol regularly. According to studies, persons who routinely mix the two chemicals have stomach lining irritation and, in severe cases, peptic ulcers.

The danger of renal injury is also greatly increased by such regular use. Furthermore, alcohol is a ‘downer,’ or a medication that relaxes and limits your senses. Similarly, Advil relieves pain and reduces alertness. Therefore, drinking too much alcohol after taking Advil may cause a person to lose consciousness.

Alcohol can sometimes reduce the efficiency of medicine in your body. If you experience any of the following symptoms after taking an Advil with alcohol, you should immediately discontinue drinking and seek medical attention:

Always check the medicine box for instructions on drinking alcohol after taking it. Don’t guess how much Advil to take or how much water to drink afterward. Drink carefully to avoid causing long-term harm to your body.

How long does alcohol remain in your system?

Alcohol remains in the body for 1 to 3 hours. On the other hand, a urine test and breathalyzer can detect alcohol consumed during the previous 24 hours. Likewise, a hair test can tell if you’ve consumed alcohol in the last three months.

Various factors influence how long alcohol remains in your bloodstream. Addicts, for example, expel alcohol from their bodies more quickly. As you drink more, the time it takes for alcohol to exit your body lengthens. An average drink (12 ounces of a typical beer) raises the blood alcohol level to 0.02 – 0.03.

The length alcohol stays in a person’s system is also determined by their body size. You should ideally wait at least a day before taking ibuprofen. Allow more time if you have consumed a large amount of alcohol (two days or more).

The following are rough estimates for how long it takes to metabolize certain alcoholic beverages; however, these timeframes will vary based on the amount of alcohol in the beverage:

How Long Does Advil Take to Wear Off?

Advil® is a medication that the body quickly absorbs and metabolizes. However, it has an elimination half-life of 1.8 to 2 hours, meaning it will take the body this long to metabolize at least half of the dose.

However, the half-life of Advil® may vary from person to person. Age, weight, genetics, and even specific health concerns can all contribute to changes in half-life.

Which pain relievers are compatible with alcohol?

While using nonsteroidal anti-inflammatory medicines (NSAIDs) and drinking alcohol can help reduce inflammation in the body, the amount must be carefully monitored. Excessive intake of alcohol as well as NSAIDs (aspirin, indomethacin, mefenamic acid, and celecoxib) might result in gastrointestinal bleeding.

Taking Tylenol while intoxicated or hungover might cause liver damage since its ingredients limit the body’s capacity to metabolize alcohol. While taking low quantities of naproxen, acetaminophen, and ibuprofen with minor amounts of alcohol is safe, it is not recommended due to the long-term effects of this becoming a habit.

What are the risks of drinking when taking ibuprofen?

Drinking alcohol while taking ibuprofen can result in the following side effects:

If you’re like most people, you don’t see anything wrong with mixing booze and Advil. However, combining alcohol and any other medication is dangerous. For example, it can result in significant health problems and substance abuse disorder (SUD).

Although it is widely used in social situations, alcohol is particularly addicting. These alcohol-related concerns can result in short-term health problems. However, the long-term consequences can be serious and life-threatening.

Effects of combining alcohol and Advil include:

Although many people use ibuprofen to relieve joint and muscular pain, it is not without risk.

Overdose Dangers: Can Ibuprofen and Alcohol Kill You?

When someone overdoses on ibuprofen, they may suffer the following symptoms:

When a person overdoes on ibuprofen while under the influence of alcohol, the symptoms can be significantly more severe, resulting in coma, liver damage, and death. To avoid major health problems, it is critical to avoid mixing alcohol and ibuprofen.

How to Safely Take Advil Ibuprofen

Ibuprofen should not be used for long-term pain treatment.

People should take ibuprofen at the lowest tolerable dosage for the shortest possible time. A doctor can advise you on long-term pain management measures that are safe and effective.

Ibuprofen is found in various combination treatments, including cold meds, headache medications, and prescription pain relievers. As a result, it is critical to read all medicine labels before taking them to avoid exceeding the acceptable quantity of ibuprofen.

People should also be cautious about taking ibuprofen to relieve a hangover because they may still have alcohol in their system. In addition, eating stomach may be more sensitive than usual at this time of year.

Drinking alcohol in moderation can help to avoid negative side effects. According to the CDC, moderate drinking includes no more than one drink per day for women and two drinks per day for men.

According to them, each of the following constitutes one alcoholic drink:

The amount of alcohol in the drink is important. Some beers and wines, for example, have more alcohol than others. Some liquors are also more potent than others.

Beer and wine are no safer to consume than liquor, including when taking ibuprofen.

Keeping alcohol consumption within the specified limits reduces the chance of unpleasant side effects such as gastrointestinal bleeding and ulcers.

When should you see a doctor?

People who take ibuprofen regularly should be on the lookout for symptoms of stomach bleeding and ulcers, which may include:

Seek emergency medical assistance if any of these symptoms arise.

In typical conditions, we can assume that moderate amounts of alcohol can be consumed soon after taking Advil. However, the best course of action is to follow the general guideline of avoiding alcohol after taking any form of medication. If you have a prescription for Advil, it is best to consult your doctor about the type of alcohol intake that is safe for you.

Be honest about your drinking habits to get correct recommendations from your doctor. This can help you avoid any unwanted consequences of drinking alcohol after taking your medication.