How Long Do Foxes Live And Why?


Foxes are one of the most common animals in the world. They live everywhere there is a habitat, from the Arctic to tropical forests in Africa. 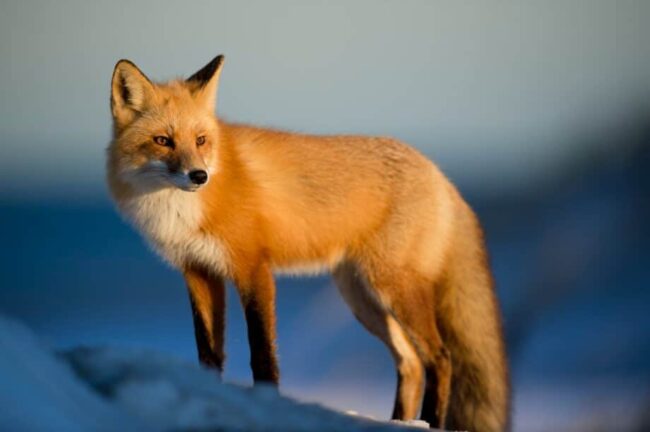 The average lifespan of a fox is 2-4 years in the wild and 12-14 years in captivity.

Foxes are excellent hunters, scavengers, and parents who teach their young how to hunt. They will defend their territory or burrow with their family until they die. These are just some interesting facts about this amazing creature.

What is the average lifespan of a fox?

Though foxes normally have a lifespan of 3 to 4 years, a few elements influence their longevity, such as where they reside, food supply, environmental circumstances, and, most importantly, the type of foxes. Various species of foxes have different life lengths.

The red fox, technically known as Vulpes Vulpes, has the biggest animal population. They have a life span of 2 to 5 years. This is due to their high and efficient adaptation qualities, which allow them to adapt to any environmental circumstances. These foxes may live for 10 to 14 years in captivity.

The Arctic fox, scientifically known as Vulpes lag opus, has 3 to 6 years of life. These foxes are found in cold regions, most likely poles. Because arctic foxes live in freezing temperatures, they are well suited to such surroundings, with healthy skin, insulating fur, and even the ability to hide.

The fennec fox, technically known as Vulpes zerda, is primarily found in arid areas. These foxes are commonly found in the Sahara, Egypt, the Arava, and Negev deserts. These foxes have the longest longevity, lasting between 4 and 7 years. Fennec foxes may live up to 11 years in human care.

How long do foxes live as pets?

Foxes live very short lives in the wild. According to the Animal Diversity Web, they often live only around three years. However, in captivity, they can live much longer. Foxes in zoos, for example, can live 10 to 12 years.

Why is a fox’s lifespan so short?

The environment the fox lives in can be one of the biggest determinations of how long a fox can live. Areas with more predators or less foraging food can dramatically shorten a fox’s life span. As a result, many foxes die of starvation and an average fox typically only makes 1 – 2 kills a week.

Furthermore, there are additional reasons why foxes do not survive longer than two years, such as environmental stress, a lack of food, and other similar factors.

However, foxes who survive for more than two years and then continue to live for another couple of years, or to put it another way, adult foxes, are referred to as cunning foxes. This is because these foxes have effectively conquered all of the obstacles that most foxes experience to exist simply.

Unlike wild foxes, foxes in captivity may live for up to 14 years. This is because these foxes do not face any stress to survive; they do not have to compete for food or battle predators. Instead, these foxes are fed and given a decent habitat, and they are kept safe from predators, allowing them to live for 14 to 16 years.

Monogamy is the norm for foxes. This implies they can only have one partner for the rest of their lives. They also hire nannies to help them with their puppies.

The nannies are non-breeding female foxes. A male fox may have numerous female partners at the same time. Females with the same male partner live in the same den.

Since the 1500s, fox hunting has been a popular recreational pastime in England. Fox hunting without dogs is still performed in the United Kingdom and a few other nations, including the United States.

Fox cubs can become prey to eagles in the wild. In addition, adult foxes are preyed upon by coyotes, gray wolves, bears, and mountain lions.