How Long Do LED Lights Last And Why?

How Long Do LED Lights Last?

Most LED lights have a 25,000 to 50,000 hours lifespan and may run continuously for more than a decade on average. 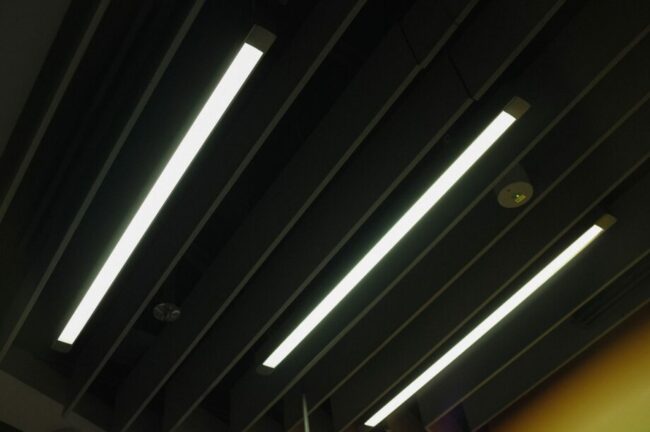 However, it should be noted that even if an LED light achieves the manufacturer-specified lifespan, it will undergo luminous decay, which diminishes the LED’s light output over time.

The light emitted by LEDs grows less bright as they age, and the hue becomes bluer. Following the manufacturer’s directions for handling and maintenance is critical to extending their lives.

The length of the time LED light bulbs are used per day varies from house to home, but you may estimate your average lifespan of yours based on the consumption estimates below.

How Is the Life Expectancy of LEDs Determined?

Traditional lighting sources have historically been compared by average lifespan, which has been stated as 3000 hours before they break down and stop operating. As we are accustomed to this sort of comparison, it makes logical to apply it to LED so that we can notice the differences.

They cannot, however, be measured in the same manner.

Unless there is a rare catastrophic failure, LED will continue to operate and gradually fade over time. As a result, LED life expectancy is determined by how long it will take before the light produced is no longer usable for its original function, with no sudden conclusion.

Estimated hours multiplied by a percentage of degradation

This anticipated number of hours is a projection IF the product is operated within the manufacturer’s design specifications, normally ambient running temperatures. However, there is a possibility that these statistics to be inflated.

LEDs are frequently labeled with 5, 10, 17, or even 20 years. While these figures appear appealing to clients, they can also be deceptive. This is why we advise our customers to do or request that we perform a customized computation. The estimated lifespan of a light source is determined by how it will be utilized daily.

How do you determine the lifespan of an LED?

It is simple to calculate one’s lifespan in years. If an LED light is on for an average of 7 hours each day for 365 days, this adds up to 2555 hours per year. If the LED light has a 25,000-hour projected lifespan, it will last 9.7 years!

Is it true that the light output of LEDs decreases with time?

When purchasing a lightbulb, bear the luminous degradation in mind. Throughout their lives, all light sources lose some of their light output. On the other hand, LEDs have a very high light output decay point, known as L70, among all alternatives. When they near the end of their useful life, the light output gradually dims rather than failing suddenly.

All LEDs on our website are meant to retain at least 70% of their original brightness at the end of their stipulated lifespan. Another reason why LEDs are soon becoming the most preferred lighting technology is because of this.

What does LED stand for, and what is its history?

LED is an abbreviation for Light Emitting Diode. A semiconductor emits light when an electric current is passed across it. Nick Holonyak, Jr., a General Electric Company employee, created the LED. Its light is diffused in all directions and does not emit heat simultaneously.

Red, blue, green, and yellow LEDs are the most often utilized colors. The first LED was created in 1962, but it was not useful until 1968.

Robert Hall wrapped a gallium arsenide phosphor with a transparent glass envelope containing metal strips on the inside surface to function as electrodes in 1962.

Researchers discovered in 2001 that the LED light was not only useful for illumination but also produced an exact kind of radiation. This finding sparked more development and study into the creation of LED lights.

LED lights were initially commercially produced by Philips in 1992, following its first discovery. That same year, the first curved glass lighting fixture was created, which is today utilized in commercial settings such as workplaces.

LED lights were extremely popular between 1992 and 2003, with sales growing year after year. Approximately 50 million were sold in 2003.

What was the reason for the first LEDs being used in flashlights?

LEDs are made into tiny diodes around the thickness of human hair. Small, strong light sources emit brilliant light (silicon) and are found in many electrical gadgets and completed goods. LEDs are now employed in a wide range of gadgets and goods.

The earliest LED flashlights were created to satisfy the demands of the military. This flashlight’s primary purpose was to replace night vision goggles, which frequently malfunctioned or broke.

LEDs are light-emitting diodes (LEDs) constructed of semiconductor material with phosphors placed between two electrodes. Their productivity is also higher.

What are the advantages of LED lighting?

Why are LED lights more expensive than other types of bulbs?

LEDs are more expensive than other types of light bulbs for several reasons. One reason is that they are more expensive to manufacture. LEDs, however, need a unique fixture and are only suitable for certain types of illumination. However, because of their extended lifespan and energy efficiency, they are perfect for use in a wide range of domestic applications.

What makes them last so long?

In terms of heat output, LEDs are among the most efficient. Heat may be an adversary of any electrical gadget, causing premature wear and perhaps short circuits. LEDs have a substantially longer lifespan than traditional bulbs since they create far less heat per watt.

Furthermore, because LEDs are tiny, a large portion of the area within the bulb may be used as a heat sink. A heat sink conducts heat away from the components and into the surrounding environment. This guarantees that the components do not become too heated, causing premature wear.

The power draw and size are both small.

LED technology bulbs have a lower power demand and so last longer since they are energy-saving, resulting in much less wear on internal components.

An LED lamp’s low power consumption is what has made it so popular in consumer gadgets. Companies can fit more lighting technology in the same sized conventional lighting solutions because of the low profile.

Furthermore, the extra power required to power these components is accessible due to the minimal power use of the actual LED component. This has resulted in developments such as nightlight bulbs, LED display screens, and even lasers.

The fact that all of the components in LEDs are solid state is the major benefit that allows them to survive longer than any other bulb. LEDs do not require gas phase chemicals and do not require a warmup period because the semiconductor device is all that is required to provide light output. In other words, an LED is a somewhat closed loop system with little space for energy to escape as heat.

Whereas incandescent, halogen, and fluorescent lamps rely on gasses heating up, tungsten evaporating, and other chemicals evaporating or warming up. In these lights, evaporation and heating are necessary, and the heating process consumes a lot of energy.

LEDs avoid this phase entirely, relying instead on electron holes to allow electrons to bounce from one end of the semiconductor material to the other without ever passing through a gaseous intermediate or heating up.

LEDs function better in low temperatures because they enable the small amount of heat generated to disperse, allowing the diode to work more efficiently. Because they are solid, they are also great for flashlights because no filament or glass may be shattered by tossing it around. This increases the durability of LED lighting with diverse color temperature options in real-use scenarios outside the house.

What variables influence the life expectancy of LED lights?

Some factors influence the life expectancy of LED lights. These are some examples:

If an LED light is left on all the time, it will have a lower lifespan.

Following the manufacturer’s directions for handling and maintenance is critical to extending their lives.

At what temperature should LEDs be stored? Are LED lights resistant to heat?

LEDs must be stored between 0 and 45 degrees Celsius to avoid aging, although they can withstand temperatures up to 85 degrees Celsius. LEDs also sustain their brightness in low-temperature environments, which is crucial for applications such as outdoor lighting or decorative lighting.

What are some pointers for extending the life of LEDs?

Can LED lights be left on indefinitely?

The quick answer is yes. There is little risk of fire or fixture damage since they generate largely visible light rather than infrared heat. That doesn’t mean that heat isn’t created and can’t, over time, harm your bulb’s circuit – or at the very least, shorten its lifespan.

Despite this, LEDs are great for lights that must be on for extended periods, such as those found in factories, warehouses, offices, garages, or security lighting.

Furthermore, they are an excellent solution for difficult-to-reach lighting or lights that are not constantly visible and do not need to be changed frequently. Recessed lighting on a high ceiling or motion-activated stair lights is two examples.

Is the light from your LED bulb dimming?

When LED bulbs start to dim, the above components deteriorate with time. However, your light bulb will not go out unexpectedly. Instead, your LED bulb’s brightness will be lowered. LED lights, interestingly, do not burn out.

They can deteriorate and dim with time, but LED lights may last for hours or even days. Please remember that this dimming effect is not similar to a simple dimmer because it happens extremely slowly and in tiny stages.

A dimmed LED bulb still provides adequate illumination. Another advantage of dimming LED lights is that they last longer. They improve their efficiency. As a result, the low-energy lighting contributes to the device’s overall longevity. Dimming LED bulbs continue to be more efficient at lower illumination power levels. LED and incandescent light bulbs are two completely distinct technical beasts.

Oh, and another well-known aspect of standard bulbs is their filaments. Traditional bulbs are heated by filaments that get extremely hot. Filaments would get overheated to the point of burning out, and in certain cases, the filament would break. LEDs do not become heated and continue to glow brilliantly.

Is It Worth the Money to Buy Cheap vs. Expensive LEDs?

LED bulbs are available at a variety of pricing points. A LED bulb may be purchased for as little as $10, but it can cost up to $50! Is there a distinction between a $50 LED and a $10 LED?

In a nutshell, sure. The price of an LED bulb is determined by the raw materials used, the quality of production, and the manufacturer’s name. This is why, in general, bulbs manufactured by well-known companies are more expensive than generic LED lights.

Whenever feasible, get your LED bulbs from manufacturers or dealers renowned for offering high-quality items. Remember that LED security bulbs protect your house and property and you don’t want to jeopardize your safety and comfort. You want a lightbulb with high-quality components that are made to last and will endure for the duration specified on the package.