How Long Do Otters Live?

Otters are natural swimmers due to their long, aerodynamic bodies and webbed feet. Every continent, except Australia and Antarctica, has them in its waters. They are often spotted floating on their backs. They are buoyant because their thick fur traps air.


Otters are one of the most fascinating animals on earth. They belong to the Weasel family. 13 different species of otters inhabit practically every continent, according to official data. 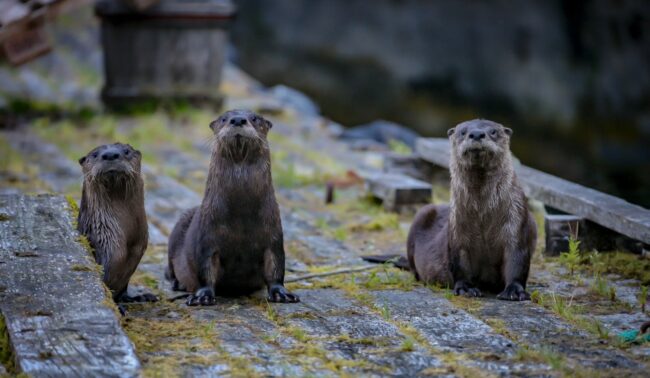 Otters have a 10 to 15-year lifespan, on average. Some of them have spent almost 20 years living in zoological parks.

About 32% of river otter pups are estimated to die in their first year and 54% the following year (when most attain independence). After that, mortality decreases, although less than 25% of all female otters live long enough to reproduce.

In captivity, river otters from North America can live for up to 21–25 years. Many otters live in captivity, but others are not kept as pets since they require special conditions to have a healthy life (in zoos, research centers, etc.).

The giant otter is the longest, measuring approximately 7 feet from nose to tail.

The Asian small-clawed otter weighs around 10 pounds and is the smallest otter. The longest otter, known as the giant otter, weighs about 85 pounds. The biggest male sea otter can weigh up to 100 pounds.

Otters can be found in various wet habitats, including lakes, freshwater rivers, beaches, seas, and marshes, practically everywhere in the world. Most otters reside in dens built by other species, like beavers, with many channels and dry inner chambers.

The San Diego Zoo claims that sea otters do not usually visit shorelines. The Pacific shores of Russia, Alaska, and the central California coast are where you can find sea otters.

The breeding season for North American otters occurs between late winter and early spring, or about March and April. The average age at which females start having children is two. Males can begin mating simultaneously with females, although older males have better success. Although sea otters have a polygamous mating system, most otters mate in pairs.

Females deliver one to five puppies litters ten to twelve months after mating. She adopts an existing den rather than building one herself. It has been observed that female otters cohabitate with beavers and share a den.

Pups are the name given to otter cubs. According to the San Diego Zoo, they are born weighing just 4.5 ounces (128 grams) for smaller species and 5 lbs. (2.3 kg) for sea otters. Pups’ closed eyes don’t open until they are around a month old. Pups begin to swim at two months.

Pups separate from their mothers at one year old. They will be capable of producing their puppies between the ages of 2 and 5. Otters have an average lifespan of 12 years in the wild and much longer in captivity.

Otters in good health have few predators. Several terrestrial predators, including birds of prey, wolves, and big reptiles, may prey on elderly otters and their pups.

According to research, a killer whale can eat up to 1,825 Alaskan sea otters in a year.

River otters in North America were massively hunted for their fur in the 19th and 20th centuries, and certain regions continue to practice their hunting today.

Populations are recovering thanks to conservation and reintroduction initiatives after being exterminated from portions of their habitat. These species are nonetheless quite vulnerable to habitat loss and water contamination, especially given their high level of specialization.