How Long Do Salmon Usually Live?

Salmon is a member of the family Salmonidae, a class of ray-finned fish. Their name derives from a Latin verb that means “to jump.”


There are seven different species of Pacific salmon. The five species found in North American water bodies are Chinook, sockeye, chum, coho, and pink. Masu and amago are two species that only exist in Asia. One species of Atlantic salmon also exists. 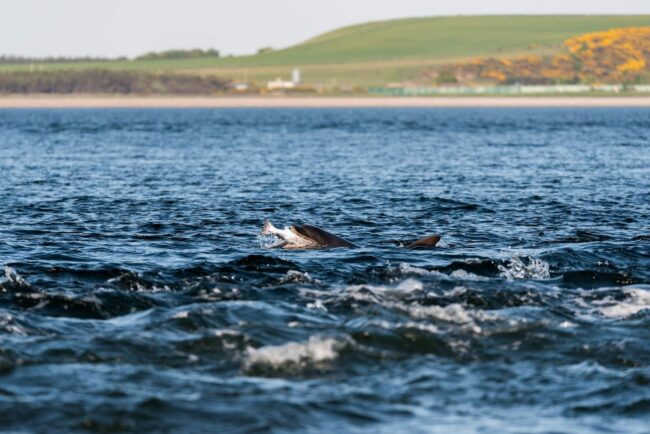 What’s the difference between Atlantic and Pacific salmon?

The Atlantic salmon is a species under the genus Salmo. The genus Oncorhynchus has a total of seven distinct species of Pacific salmon.

Although they can live and spawn again, Atlantic salmon often don’t live for very long after spawning. Steelhead is the only Pacific salmon known not to die shortly after spawning.

Depending on the species, salmon have a lifespan ranging from 2 to 8 years. The life cycle of a salmon typically ends after spawning, with most species dying a few days or weeks later.

The species has an impact on the size and weight of salmon. A mature salmon may grow between 20 inches to approximately 5 feet in length. Mature salmon may weigh anything from 3 pounds to more than 100 pounds.

The biggest Chinook salmon, the largest of the species, reportedly weighed 126 pounds. Pink salmon are the smallest species of Pacific salmon, with an average weight of 3.5 to 4 lbs.

Salmon are provided with dwelling, eating, and spawning habitats in streams and lakes. Many unique qualities make a body of water great for salmon. All salmon require a sufficient flow of clean, cold water, even if the demands of young fish differ from those of spawning fish.

Salmon, both young and old, depend on streams and rivers. In a stream or river, pools are where the water is deep, moves slowly, and has silt or clay on the bottom. Salmon need them to avoid predators or to relax in colder water.

In a stream or river, riffles are places where the water is shallow, swiftly flowing, and has gravel or rocks on the bottom. These are necessary for salmon to lay their eggs and the water to become more oxygenated.

Waterways may, regrettably, be gravely damaged quite easily. Careless mining and logging operations, as well as poorly planned urban and community expansion, and the pollution that comes with it, can all result in damage.

Salmon move to the ocean after hatching in freshwater. Then they return to produce more young. Most are often found in rivers and streams flowing into the Atlantic or Pacific oceans.

Because they are the variety that is often farmed, Atlantic salmon is far more prevalent on restaurant menus, especially in locations bordering the Pacific, like California.

A few types of salmon are solely found in Asian seas, while many more are mostly found in freshwater. Alaska, the Great Lakes, and the Pacific Northwest, including Washington, Oregon, and Northern California, are popular salmon regions in the United States.

Their appearance changes during the mating season to entice a spawning mate. Males are often brighter in color than females.

Sexually developed salmon come to freshwater to spawn after one to five years at sea. The female, accompanied by a male, uses her tail to make a redd, a dip in the riverbed. The male next deposits milt, sperm, into the eggs to fertilize them.

The female then moves on to make a new redd after filling the depression with gravel. One female may develop up to seven distinct redds and lay between 2500 and 7000 eggs throughout the spawning season.

Young salmon eat zooplankton and tiny aquatic insects for food. Salmon consume larger creatures like shrimp, eels, and smaller fish as they get bigger and more mature. In contrast to other Pacific salmon species, sockeye salmon spend most of their lives eating zooplankton.

The sockeye salmon from the Snake River is probably the most endangered species of salmon. Coho salmon in the lower Columbia River may already be extinct. But salmon are not in danger of going extinct globally.

What is the oldest known age of Atlantic salmon?

The oldest Atlantic salmon ever documented lived to be 13 years old, while most live 5 to 8 years (1-7 years in freshwater, 1-6 years in the marine environment).