How Long Do Spiders Live And Why?


Spiders come in over 650 distinct species, each with a varied life period. Many spiders dwell outside, but there are a few that live indoors. 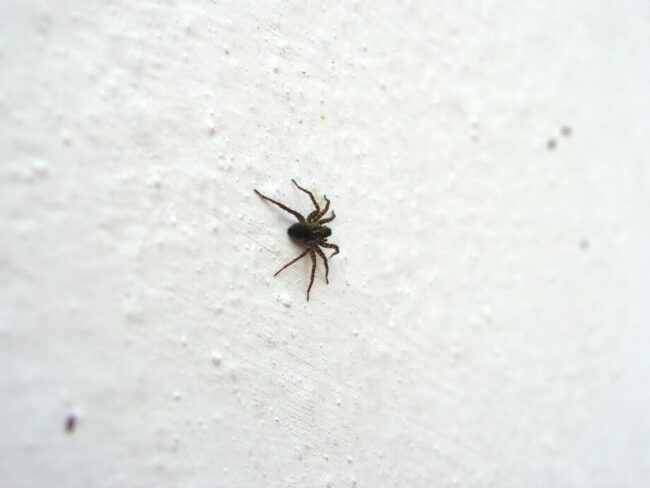 During the fall and summer seasons, you are more likely to see spiders crawling around your home. The two seasons create an ideal breeding habitat. During this time, most spiders lay their eggs. Because most spiders cannot endure the severe winter temperatures, they become dormant. Spiders are useful in each household since they assist in eliminating bugs and other insects.

What is the life cycle of a spider?

Spiders begin life in egg sacs. The number of eggs per sac varies depending on the spider, ranging from one to thousands. Female spiders guard their eggs in a variety of ways. Some carry the sac with them; others place it in a protective zone where they can readily defend it, while others leave the eggs to their fate.

The development of eggs might take anything from a few weeks to a full winter season. When the spiders hatch, they disperse, either walking away or ballooning. When a spider balloons, it creates silk strands that form a triangular-shaped pouch, which is frequently referred to as a “kite.” This “kite” is used by the spider to be hoisted into the air and moved to a new habitat.

A male spider constructs a particular web to gather his sperm and transport it to his pedipalps, a second pair of limbs that act as sensory organs to reproduce. He then searches for a female of the same species ready to mate.

Some spider courting includes the male executing complicated dances to keep the female from eating her mate.

What is the average lifespan of a spider?

Even though a spider’s expected lifespan is 2-3 years, the female spider can live for thirty years or more. Male spiders die early due to female spiders eating after mating or the impacts of the mating process.

Spiders lay their eggs in sacs that may hold up to a thousand eggs. The hatching time of spiders varies according to environmental factors. Under favorable settings, the spiders hatch within a few weeks; however, in difficult conditions, they take longer than expected.

Because spiders do not care for their young, they wander in search of a suitable climate to habituate after they hatch.

Spiders live independently, making it easier for them to find food. They mostly obtain food by patiently waiting in their webs for insects to become ensnared. Because it might take a long time to trap an insect, most spiders are known to stay for extended periods without food stores.

Spiders may live for up to two years, with the female spider outliving the male. As previously stated, there are both outdoor and inside spiders. Indoor spiders live longer than outdoor spiders because they are exposed to fewer hazards.

Male spiders typically live for a year, although females can survive for two to three years.

Why do spiders live for an average of 2-3 years?

Climate, predators, and other factors all have an impact on a spider’s lifespan, which we shall discuss further below.

Humans are among the many predators that spiders face. Asians are well known for their penchant for eating spiders.

Wasps and flies, in addition to humans, eat on spiders. They assault the spider by paralyzing it and then laying eggs on the immobilized spider. The bug’s larvae steadily feed on the spider until all the nutrients have been extracted.

Spiders, like people, are susceptible to illnesses and diseases. The Mermithid nematode worms are the most frequent spider parasites. They eat on their internal organs, exhausting them and eventually killing them.

Some spider species have been found to tolerate extreme climates, while others have died in similar conditions. The surviving species do it by becoming dormant and waiting for the harsh conditions to pass. Non-surviving species cannot go dormant. Thus they die off gradually.

How Long Can They Go Without Eating?

The number of times spiders can go without food varies depending on the species. Larger animals live longer without food than smaller species, although they may last anywhere from 30-60 days without food.

Even newborn spiders can survive almost as long without nourishment as their adult counterparts. They don’t have a set feeding schedule and will eat whenever they’re hungry or manage to find prey.

Spiders are mostly carnivores, preferring to consume life or freshly dead prey. Arachnids seen in and around your house typically feed on insects.

Flies, mosquitos, gnats, ants, and moths are common feeds, but they will consume most insects collected in their webs, including earwigs, crickets, cockroaches, centipedes, and even spiders of various species. Larger insects such as grasshoppers, beetles, and crickets are frequently hunted by spiders that do not create webs.

The amount of time a spider can go without eating is also affected by its access to water. They may survive for extended periods if water is freely accessible.

In times of food scarcity, mother spiders may even consume their offspring after they’ve hatched, and siblings may devour their newborn family members.