How Long Does A Dog Stay In Heat (And Why)?


A female dog will go into heat or experience estrus every six months, starting at six months old and continuing for the remainder of her life. This is when she is receptive to male canines and ready for mating. Hormonal changes will create significant variations in a female dog, indicating that she is in heat. 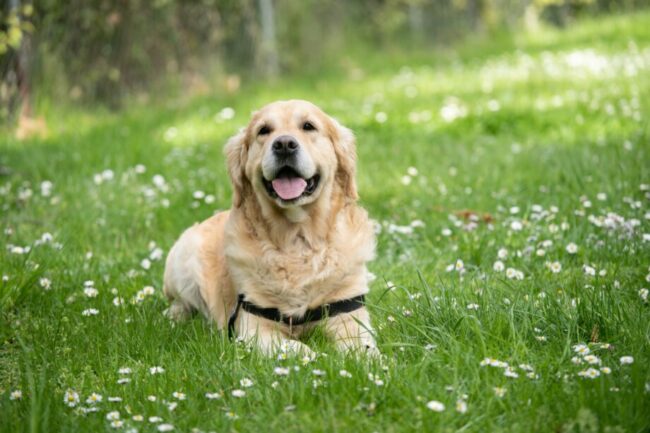 Your dog has many different needs. It’s important to ensure they are well cared for, emotionally and physically. Unfortunately, there are a lot of misconceptions about dogs out there that can lead to serious consequences for dogs and their owners. One issue that people may not be aware of is the difference between dog heat cycles.

What Is Estrus or Heat?

The heat is on! Estrus, also known as heat, is a stage in the female dog’s reproductive cycle. During this time, she is open to mating with males. Her estrogen levels rise at first, then fall dramatically, and eggs are released from her ovaries. She may also have a bloody discharge from her vagina. This will occur if your dog is not spayed (which we strongly advise!).

How Long Does A Dog Stay In Heat?

A dog can go into heat at the age of six months. However, this varies depending on the individual. Smaller breed dogs experience estrus earlier than bigger breed dogs. Female dogs are not responsive to male dogs until later in the cycle. However, some are receptive throughout the cycle.

It might be shorter or longer, and a person can determine whether or not the cycle is complete. There is no longer any bleeding or discharge when the vulva returns to its previous size.

There is a pretty brief gap when the dog is more responsive to male dogs throughout the heat cycle. It may begin nine to ten days after she experiences estrus and lasts around five days. However, she can become pregnant up to the cycle’s conclusion.

When one cycle begins, it may take some time for the cycle to become regular. Some dogs require up to eighteen months before their cycle becomes regular, and it is a good idea to maintain a diary during these early days. Once it starts, it happens every six months on average.

Smaller breeds may undergo estrus more frequently, up to four times yearly. Larger breeds, like great games, may only have estrus every twelve to eighteen months. Female dogs, like humans, can go into heat at any stage of their lives; however, the period between two cycles will get longer.

What Ages Does a Female Dog Start Having Heat?

A female canine enters heat (the reproductive cycle in which she begins to seek a mate) when she reaches puberty, which occurs between six months and two years. Because smaller breeds go into heat earlier than larger breeds, there is some variation amongst dogs.

If you want to breed your dog, you should always wait until they are in their third heat, which is normally between 18 and 24 months. Then, a veterinarian can assist you in determining whether your dog is ready to mate.

How Frequently Does a Female Dog Go into Heat?

Dogs are only in heat twice a year or once every six months. But, just as dogs enter puberty at different ages, a dog’s heat cycle can also vary based on the size and breed of your dog.

Smaller breeds may go into heat three to four times a year, but bigger breeds, such as Great Danes, may only go into heat once every 12 months.

Dogs, like humans, can have irregular cycles, especially young ones. For example, it might take up to two years for a female dog to develop a regular heat cycle.

Why does a dog stay in heat for so long?

During the estrus season, the female dog exhibits signs such as blood discharge, swelling vulva, clinging behavior, and hostility against male dogs. In other words, the estrus phase is a mating period during which the female dog is receptive to males.

A female dog will display herself in front of a male dog by elevating her rump and holding her tail out to the side.

Except for purebred breeders, most pet owners choose to neuter their female dog before the first estrus. This is because many doctors feel it reduces breast cancer risk. Other circumstances are also avoided.

It removes the occurrence of any needless litter. A puppy is believed to go into heat sooner than a grown-up.

Dogs are unique individuals with distinct reactions to the events in their lives. For example, not all dogs cry when it comes to wailing while in heat; female dogs can tolerate their heat cycle, but humans cannot tolerate their menstruation cycle.

Female dogs scream while in heat to attract the male’s attention. In dogs, the heat lasts two to three weeks, although there is some bleeding during the first two weeks, and the bleeding progressively reduces. The timing of heat varies from breed to breed.

How Can I Tell If My Dog Is Pregnant?

If your dog tears at the slightest provocation and binges on Lifetime movies and chocolate M&Ms (ha! ), she’s on her period. I’m joking). In all seriousness, if your dog is in heat, she may look frightened, preoccupied, or overly vigilant. She may also raise her hindquarters toward male dogs when they approach her. She’ll then push her tail to one side and stiffen her back legs. A dog in heat will also have bloody vaginal discharge and a swollen vulva. When a female dog is ready to mate, her vaginal discharge lessens and changes color from red to straw.

The Signs of a Dog in Heat

When a dog is in heat, she is receptive to mating and exhibits hormonal changes such as a swelling vulva, bloody vaginal discharge, and increased urine. In addition, dogs are frequently more agitated, alert, and easily distracted during their heat cycle.

When the discharge volume and blood content reduce, the female frequently becomes receptive to males. When male dogs approach, she may raise her hindquarters while holding her tail to the side.

Female dogs cry when they are in heat to attract the male’s attention. Unfortunately, many people fail to notice dogs in heat. Therefore, it is preferable to sterilize the female dog before her first heat cycle. If a new resume dog enters a heat cycle, the doctor recommends allowing her to do so.

Sterilizing a dog reduces the risk of breast cancer in dogs. Pyrometry is another dangerous uterine malignancy that necessitates emergency surgery to remove the ovary from the female dog’s body.

Female dogs are particularly hostile toward male dogs in heat, and vice versa. Therefore, the owner should remember not to leave the female dog alone and to provide good health care for the dog.