How Long Does a Possum Play Dead?

Possums are well-known for playing dead when they feel threatened, but how long does this behavior last? In this blog post, we will explore the science behind possums ‘playing dead’ and answer how long they stay in this state. So if you’ve ever wondered how long a possum can play dead and why they do it, keep reading!


How Long Does a Possum Play Dead?

One of the fascinating behaviors of the opossum is its ability to “play dead” when threatened. This strategy is known as “death feigning,” It works as a defense against predators, as they believe the possum is already dead and move on. But how long do possums play dead? 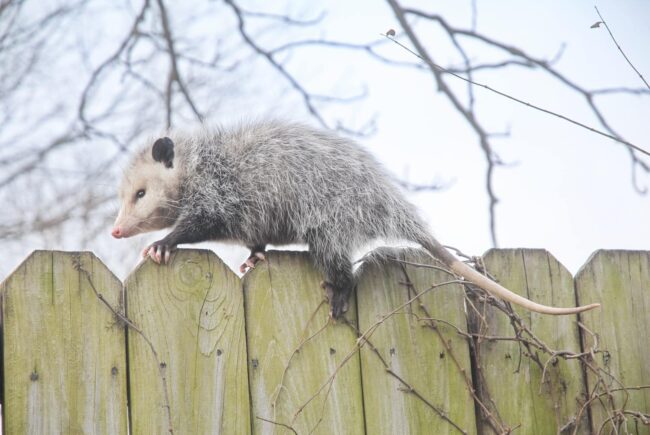 The length of time a possum plays dead varies depending on the situation and the predator. Generally, they can remain in this state of apparent death for as long as it takes for the danger to pass. In some cases, they have been known to play dead for up to 40 minutes or even more than 3 hours. It is believed that their body is triggered into a state of shock and catatonia, which causes them to remain motionless for a prolonged period.

It is important to remember that this behavior is involuntary, and possums do not actually “play dead.” This behavior is an opossum fainting due to the stress and shock of the encounter. Therefore, if you see an opossum playing dead, it is best to give them the benefit of the doubt and wait until they wake up before disposing of the body.

The Phases of Possum Death Feigning

When an opossum is threatened, it will enter a state of thanatosis, commonly known as playing dead. This involuntary and temporary state of unconsciousness can last anywhere from 40 minutes to four hours.

During this time, the opossum will become stiff and lie on its side with its eyes glazed over. It may exude a greenish fluid from its mouth, nose, and anus to deter predators further. The shock and stress of the encounter trigger this comatose state, and the possum will remain in this state until it is certain that the danger has passed.

Why Do Possums Play Dead?

When confronted by predators, possums usually attempt to bluff their way out of danger by hissing, baring their teeth, and growling. However, if this fails, they will often enter into a catatonic state known as “playing dead” or “playing possum.”

This involuntary response to extreme stress or shock can last anywhere from 40 minutes to 3 hours. This behavior is considered an evolutionary adaptation to confuse and startle potential predators. In this state, the possum appears dead, with its eyes closed and its body limp, thus fooling the predator into thinking that it has killed its prey and should move on.

Are There Other Animals That Play Dead?

Other animals display the behavior of “playing dead” when confronted by predators. This behavior is also referred to as “death feigning” or “thanatosis.” Other animals observed playing dead include rabbits, skunks, badgers, armadillos, cats, and dogs. While some species may put on a dramatic show of playing dead to fool predators, others may enter a state of shock or catatonia, similar to how possums respond to danger.

Is Playing Dead Dangerous for Possums?

Playing dead can be dangerous for opossums, as they are often unable to move while in their catatonic state. This leaves them vulnerable to potential predators and other dangers. Additionally, if they remain to play dead for too long, they can become dehydrated and suffer from organ failure.

It is important to remember that possums are not playing dead when they enter this state of shock. This behavior is an involuntary response triggered by fear or stress. As a result, opossums should be given the benefit of the doubt before disposing of their bodies.

How Can You Tell if a Possum is Playing Dead?

If you come across an opossum that seems to be playing dead, it’s important to ensure that it is unconscious and not dead. To determine if an opossum is playing dead, observe its behavior closely.

Check to see if its eyes are open and breathing is regular. If the opossum appears to be in a deep sleep, gently poke or prod it to see if it responds. If it does not move, you can be sure it is playing dead.

Additionally, if you see any movement from the opossum, such as twitching of its tail or ears, then it is likely that the animal is still alive.

What Should You Do If You See A Possum Playing Dead in Your Yard?

If you come across a possum playing dead in your yard, it is important to remember that they are simply trying to protect themselves and not dead. It is important to give the possum time to wake up before you attempt to move it. If you must move the possum, wear thick gloves and approach the animal from behind. You should move the possum away from your home and out of harm’s way. Contact an animal control expert for assistance if you cannot do this yourself.

Playing dead is an instinct for an opossum, and it can be a great way for them to stay safe. Depending on the shock and predator, it can last anywhere from 40 minutes to 3 hours. It is important to remember that opossums are playing possums to stay safe and should be given the benefit of the doubt before disposing of the body. If you see an opossum playing dead, it is best to leave it alone and allow it to wake up and go about its business.