How Long Does a Softball Game Last?

When understanding how long a softball game lasts, it is important to understand the basics. Softball is a game typically played between two teams with nine players each. The game is divided into innings, with each team taking turns batting, fielding, and running the bases. 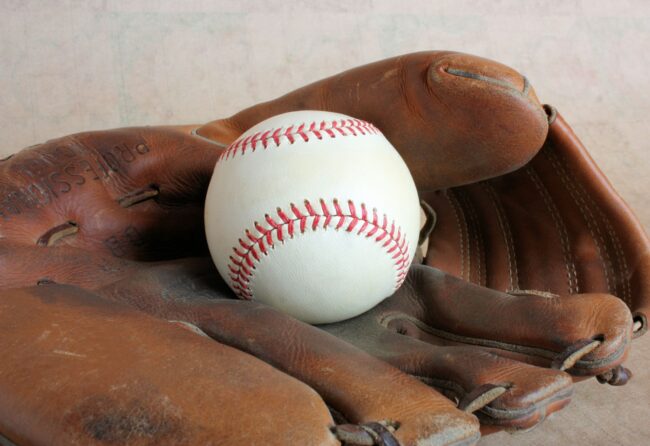 The team with the most runs at the end of the game is declared the winner. The game’s length is determined by the number of innings each team plays, as well as the rules set by the league or tournament.

Generally, a softball game takes between one and two hours to play but can last longer, depending on various factors. When planning for a game, it is important to understand the basics and the time it typically takes to complete a game.

Learn the Rules of the Game

Professional games like those in Major League Softball or the National Pro Fastpitch League may have nine innings. The time limit of a softball game will also depend on the league or organization, but most recreational games will have a two-hour time limit. This time limit may be extended in the event of extra innings.

Know the Different Types of Games

The type of game being played makes a difference when it comes to the length of a softball game.

Depending on the league, specific rules, age category, or version of softball, a game can last anywhere from three to seven innings. It is important to understand the rules and regulations of the game you are playing to determine how long it will last.

Find Out About Time Limits

Regarding softball, the game’s length is usually determined by the number of innings. Most softball games are composed of seven innings. This means that a typical game lasts for around two hours, though it can last longer or shorter depending on certain factors.

If a team scores more runs than the other in the first seven innings, it will be declared the winner, and the game will end early. Sometimes, the game may be extended to extra innings to determine a winner. In this case, the game may continue for longer than two hours.

Other factors may also influence the length of a softball game. Leagues often have different rules that alter the time allowed to complete the game. Age categories, the particular version of softball being played, and weather conditions can also significantly impact the game’s duration. For example, rain delays may lead to a longer game, while hot weather may result in a shorter game due to the players’ fatigue.

Players can also employ strategies to speed up or slow down the game. These strategies include using more defensive players, switching pitchers frequently, and utilizing intentional walks. Knowing these strategies can help players prepare for a long game and make the most of their time on the field.

Understand the Effects of Weather on Play

Weather can have a huge impact on the length of a softball game. Rain delays, strong winds, extreme heat, and cold can all affect the game. Rain delays can add hours or even days to the game if necessary. Strong winds can make it difficult for batters to hit the ball and for fielders to make plays.

Extreme heat can cause players to become fatigued more quickly and make it difficult for pitchers to maintain accuracy. Cold weather can make it difficult for batters to grip the bat and for fielders to catch the ball. It’s important to be aware of the effects of weather on play and to prepare accordingly.

Know How Umpires Affect the Length of a Game

Umpires play a critical role in the length of a softball game. Umpires can call timeouts, stop play for injuries, and ensure the game is played fairly. In addition, umpires can impose time limits on the time each team is allowed between innings, which can help keep the game moving.

Umpires also have the authority to impose penalties for rule violations, such as arguing with the umpire or taking too long to pitch the ball. These penalties can lead to additional delays, so players must follow the rules. Lastly, umpires can make judgment calls that can affect the game’s outcome, which can add to the game’s length.

When it comes to the length of a softball game, various strategies can be employed to alter its duration. For example, batting coaches can implement strategies such as the hit-and-run, the bunt, and the sacrifice flies to help their teams score more efficiently and quickly.

Ultimately, understanding and utilizing these strategies can help to reduce the length of a softball game.

Understand Strategies to Speed Up Play

Regarding softball, several strategies can be used to speed up play. Teams can use quick pitching techniques to ensure that the batter reacts quickly, thus reducing the time for each pitch.

Also, teams can use techniques such as pickoff moves, strikes, and foul balls to their advantage. Quicker pitching techniques can also reduce the time between innings, as the pitcher can quickly get the ball back to the catcher, thus reducing delays.

Know How to Prepare for a Long Game

When preparing for a long softball game, it is important to make sure you have all the necessary equipment. This includes cleats, batting gloves, helmets, and other items you may need during the game. It is also important to stay hydrated and properly nourish yourself with snacks and meals throughout the day.

Players should also consider stretching and warming up before the game to ensure they are in optimal condition for the game’s durationFinally; it’s important to be mentally prepared for a long game. You should be ready to focus and stay engaged for the entire game, even if it gets tiring or tedious. With these tips, you can be sure you will be ready to tackle a long softball game.

Learn How to Pace Yourself During a Long Game

When playing a long softball game, you must pace yourself to stay focused and alert throughout the whole game. You should stay hydrated and take regular breaks to stretch your muscles and prevent fatigue. It’s also important to stay mentally focused and alert to make quick decisions on the field.

If you find yourself tired, it’s a good idea to take a few minutes to relax and refocus. Knowing your limits and taking the necessary steps to stay energized can help ensure you have the energy to play the whole game.