How Long Does Adderall Stay In Your System?

If you’re taking Adderall, it’s important to know how long the effects will last and when it will be out of your system. We’ll give you all the information you need on Adderall and how long it stays in your system.


Adderall is a medication used to treat attention deficit hyperactivity disorder (ADHD). It is also sometimes used as a performance-enhancing drug. Adderall can stay in your system for up to 72 hours. 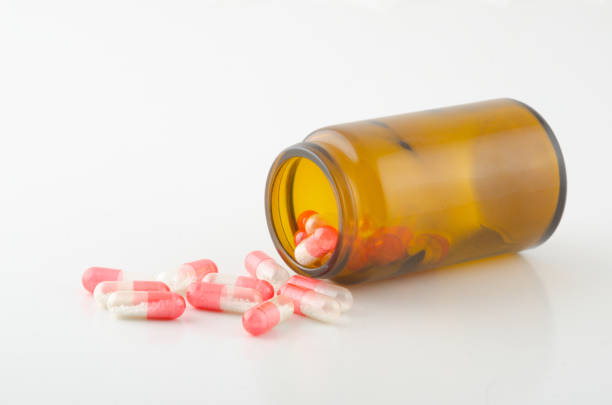 The gastrointestinal tract is where Adderall is absorbed. It is subsequently metabolized (broken down) by your liver and excreted in your urine.

Although Adderall is excreted through urine, it acts throughout the body and can be detected in a variety of ways, as shown below.

What Is the Rate at Which Adderall Leaves Your System?

A blood test can identify Adderall up to 46 hours after the previous usage. Adderall is most easily detected in blood testing after it has been consumed.

Adderall can be found in your urine for 48 to 72 hours after your previous use. Because Adderall is excreted through urine, this test generally reveals a greater concentration of Adderall than other drug tests.

Adderall can be found in saliva 20 to 50 hours after the last time it was used.

Hair testing for drugs is not a popular way of testing, although it may identify Adderall up to three months after the last usage.

Factors That Influence How Long Adderall Remains in Your System

Adderall is absorbed through the gastrointestinal tract when someone takes it. It is then passed through the system, where it is either deactivated by the liver or excreted through the urine. Only around 20-25 percent of each Adderall dosage is transformed into metabolites, which are the compounds that drug tests look for to detect drugs in the system.

Adderall has a half-life ranging from 9 to 14 hours, depending on the formulation. This indicates that only half of the medicine is remaining in a person’s bloodstream after 9-14 hours. As a consequence, most people’s systems will be free of Adderall within three days of taking the medicine.

However, there are other other factors that determine how long Adderall remains in your bloodstream.

These are some examples:

What Exactly Is Adderall?

Adderall is a stimulant drug used to treat narcolepsy and attention deficit hyperactivity disorder (ADHD). It comprises a combination of amphetamine and dextroamphetamine. This stimulant combination is found in branded pharmaceutical formulations such as Adderall (immediate release), Adderall XR (extended release), and Mydayis (extended release). Immediate-release variants of the medicine are accessible as oral tablets, while extended-release forms are available as capsules to be swallowed.

The effects of Adderall last for varying lengths of time depending on the drug’s version. The immediate-release Adderall form will last 4–6 hours per dose, however the extended-release Adderall XR version only has to be taken once a day in the morning.

The Different Types of Adderall

Adderall is available in two forms: an immediate release (IR) tablet and an extended-release (XR) capsule. Adderall IR should be taken several times each day if prescribed by a doctor, as it only lasts four to six hours. Adderall XR has a half-life of eight to ten hours and gradually releases the substance throughout the day.

The aforementioned Adderall detection timings are for a standard dosage of Adderall IR. If a person tears open an Adderall XR capsule and crushes the beads within, they will have a greater IR dosage that will take longer for the body to digest.

How does Adderall work?

Although Adderall has been shown to be effective when used correctly, the United States Food and Drug Administration reports that no one knows how it works.

According to experts, the combination of amphetamine and dextroamphetamine may provide a benefit by doing two things:

Preventing the brain from reabsorbing dopamine and norepinephrine after they have been released.

While it may appear counterintuitive that substances that increase brain activity would alleviate ADHD symptoms, this is exactly what happens in the majority of people who receive a therapeutic dose of the medication.

How Long Do You Have to Wait to Feel the Effects?

Amphetamine has comparable effects as cocaine, but lasts longer.

When used as directed, amphetamine-containing medications might result in the following adverse effects, which usually improve as your body adjusts to the drug:

How to Remove Amphetamine from Your System

While many individuals try to sweat or flush out amphetamines, the only known way to cleanse your body of the substance is to stop using it and give your body the time it needs to digest and eliminate it.

The possibility of overdosing is one reason why knowing how long amphetamine lingers in your system is crucial. If you or someone you care about is prescribed a long-acting amphetamine, such as Adderall RX, make careful to take capsules whole; chewing or crushing them may cause all of the medicine to be released at once, increasing your risk of overdose.

The following are some of the signs of an amphetamine overdose:

If you fear that you or a loved one has overdosed, contact 911 or seek medical attention right once.

Adderall Is Misused or Abused in What Ways?

Adderall, like many psychoactive drugs, may be misused or abused, and it has the potential to develop to dependency and addiction. Adderall can cause sensations of exhilaration when used in ways other than as recommended, such as crushing and snorting the powder.

To maintain this effect, an individual may need to raise the quantity of the medication used over time as the brain grows acclimated to the drug’s presence and reduces its reaction in accordance (also known as tolerance). This consequence has the potential to sustain a cycle of Adderall abuse, leading to dependency, full-fledged addiction, and overdose.

Dependence is a condition that develops over time as a result of the recurrent use of a substance. Because the brain has accustomed to the drug’s presence, it is now unable to operate properly without it.

Furthermore, if a person discontinues Adderall abruptly or “cold turkey,” he or she will begin to experience a slew of negative side effects. People who are addicted on Adderall may be driven to relapse in order to escape these unpleasant sensations, and they may find themselves unable to quit without expert therapy.

The longer someone abuses Adderall, the worse their addiction becomes. As previously stated, withdrawal symptoms that appear immediately after discontinuing usage might make it extremely difficult for users to quit on their own.

Fortunately, Adderall addiction is very curable, and there are several treatment alternatives available.