How Long Does Caffeine Last And Why?


What exactly is Caffeine?

Caffeine is a controlled substance because it stimulates the central nervous system, increasing alertness. Caffeine is popular because it delivers a transient energy and mood boost. 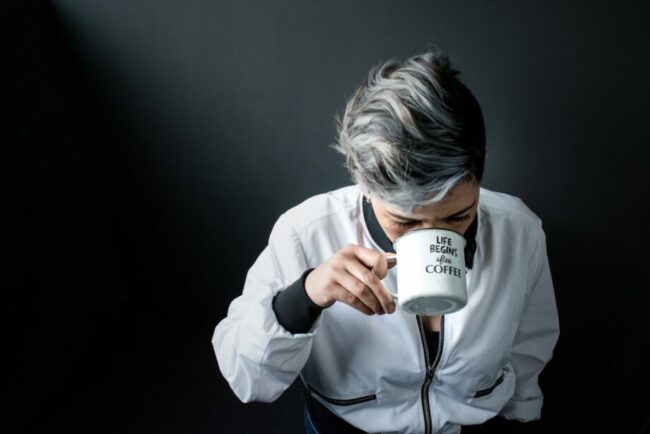 Caffeine has an extremely bitter flavor before metabolizing in beverages and meals. Although it may improve the tastes of some foods and beverages, such as coffee and chocolate, most sodas and teas are intended to reduce the bitter taste of caffeine.

Caffeine, a naturally occurring stimulant, may become addictive as you depend on it. Caffeine, after all, gives you that warm and fuzzy sensation on top of a spike in attentiveness, both of which most caffeine users presumably like.

However, academics disagree on whether caffeine may progress beyond reliance and into addiction. The American Psychiatric Association (APA) will go so far as to accept caffeine withdrawal symptoms as a clinical illness without labeling caffeine consumption as an addiction.

However, the World Health Organization (WHO) has classified caffeine addiction in certain persons as a clinical illness.

Regardless of the advantages of caffeine, it’s critical to recognize that too much caffeine isn’t always a good thing, regardless of how you feel after a coffee fix.

Caffeine’s advantages make it a safe alternative in moderation if you’re feeling drowsy.

Caffeine has the following health benefits:

If you enjoy coffee or a latte from time to time, there are numerous advantages to drinking it. These include everything from decreasing your cancer risk to regulating your blood sugar to preventing chronic illnesses.

That cup of coffee, believe it or not, maybe boost your life span!

Caffeine may provide a momentary boost in mood and energy, but its addictive tendencies can be deadly. Caffeine’s effect on you is determined by:

Caffeine overdose is possible if you consume too much of it. Caffeine in beverages and food is generally harmless, but consuming it as a powder can be hazardous. If you have any of the following symptoms, get medical care straight away:

If you consume a lot of caffeine over time, you may develop persistent adverse effects. Consult your doctor if you experience any of the following symptoms:

Caffeine’s effects are noticeable as soon as it is eaten and linger for around 10 hours. The precise time is determined by the amount of caffeine eaten and the form in which the caffeine is absorbed.

Caffeine has a distinct duration for each individual. Before taking caffeine, anybody with any health conditions, particularly cardiac problems, should visit their doctor. This is because caffeine influences the individual’s heart rate and blood pressure.

Caffeine is typically ingested to increase energy levels during high-intensity labor or to stay awake for an extended period while remaining fresh.

How long does caffeine last in the human body?

Caffeine’s effects might be felt as soon as 15 minutes after consumption. For most people, the level of caffeine in their blood rises approximately an hour later and remains there for many hours.

Half of the caffeine you drink remains in your body six hours later. Caffeine might take up to 10 hours to completely exit your bloodstream.

If a person develops any symptoms or feels ill after ingesting caffeine, they should contact their doctor right once.

It is advised not to take caffeine for at least six hours before bed. This is because the effects of caffeine remain for a long time and may result in a decrease in sleep quality.

Caffeine-containing foods include coffee, tea, chocolate (cacao), soft drinks, and energy beverages. Caffeine is also utilized in several drugs. Caffeine should be avoided if a person is very sensitive to its effects.

Caffeine has certain adverse effects as well. Headache, dizziness, thirst, restlessness, and an elevated heart rate are just a few of them. You should see your doctor if you have any of these or other symptoms after using caffeine.

Caffeine tolerance develops in those who use it regularly, and they rarely feel its effects.

However, if any negative effects occur, it is advised to seek medical treatment.

Why does caffeine have such a long half-life? How Long Does Caffeine Have an Effect on Different People?

So you already know that the average human has a Caffeine half-life of five to six hours.

But how long will you stay buzzed after drinking a cup of coffee or ingesting an energy shot? How long does this popular stimulant linger in your system?

The answer is determined by several factors, including:

Caffeine is digested and metabolized in your liver by a group of enzymes. Genetics determines how many of those enzymes you make. This implies that some people break down Caffeine very slowly, while others break it down so quickly that the effects of this potent stimulant are scarcely felt.

The only way to truly understand how Caffeine works are to consume some and see what occurs. If you are hypersensitive to caffeine, even a modest quantity might cause “jitters,” which include symptoms of restlessness, dizziness, and overall discomfort.

However, if you are hypersensitive to caffeine, even if you’ve never had it before, you won’t experience much of a stimulating impact from it at typical amounts.

Whatever your body’s reaction to Caffeine is, the amount of the dose you take will make a significant impact on how long you will experience the effects of the Caffeine you ingest.

Consume one espresso shot, which typically has 50-65mg of Caffeine, and your Caffeine half-life is roughly five hours. You’ll have a negligible quantity of Caffeine in your system ten hours later.

However, if you consume four eight-ounce energy drinks in a row, consuming slightly more than 400mg of caffeine, you will still have 100mg in your system after ten hours – enough to keep you feeling stimulated.

Caffeine tolerance increases when you eat more of it. Those who consume coffee and energy drinks daily will need to drink more and more over time to obtain the same stimulating benefits from Caffeine as they did previously.

If you’re new to these stimulating beverages, expect to experience the effects of Caffeine considerably more sharply than if you’ve been drinking them for a while. (Unless, of course, you are caffeine intolerant.)

Other Substances You Consume

Other drugs you ingest can also influence how your body breaks down caffeine, influencing your Caffeine half-life.

Hormonal contraceptives, for example, can slow down the rate at which you metabolize caffeine, making you far more susceptible to its effects. Regular smokers, on the other hand, have a Caffeine half-life of around three hours, making them less susceptible to the effects of Caffeine.

Other medicines and substances can also affect how Caffeine is processed, so research how Caffeine interacts with any supplements or prescription drugs you’re taking.

When do the effects peak?

Caffeine levels in the blood reach their peak within 15–45 minutes after intake.

The liver then swiftly metabolizes them.

Most people report feeling nervous, wanting to pee, and experiencing unexpected spurts of energy during this period. These symptoms usually subside as the caffeine begins to degrade.

Caffeine is found in what foods and beverages?

Caffeine is a naturally occurring chemical present in many plants, including coffee and cocoa beans, as well as tea leaves.

Artificial types of caffeine are also regularly added to sodas and energy drinks.

Avoid the following caffeine-containing meals and beverages within six hours before your expected bedtime:

Decaffeinated coffee includes trace quantities of caffeine, so if you’re sensitive to caffeine’s effects, you should also avoid it.

It is essential to explore the natural methods of improving energy levels. Drinking enough water is one of the many things you can do to boost your energy levels. Caffeine may be harmful to one’s health if used in excess.

It should also be avoided to take coffee at least 1-2 hours before going to bed. This might lead to sleep deprivation, which can hurt health.