How Long Does It Take For A Pearl To Form?

Pearls are the only gemstone in the world that comes from a living organism and are stunning in their beauty and radiance. Even though most of the pearls on the market are not genuine, they appear just like the real thing. Have you ever wondered how long an oyster, clam, or mussel takes to make a pearl?


How much time does it take to manufacture a pearl? How long does it take for a pearl to develop once the irritant has been planted? Some pearls can form in as little as six months. On the other hand, it might take up to four years for larger pearls to emerge. This is one of the numerous reasons why bigger pearls might be worth more. 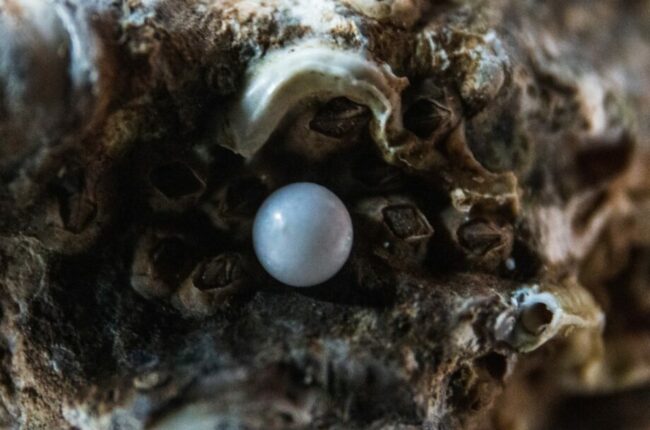 This article will cover pearls, including how they are formed and how long they take to develop.

What Is the Origin of Pearls?

Pearls are indeed one-of-a-kind, especially given that they are the only jewels derived from a living organism. Pearls are produced by mollusks such as oysters and mussels. Mussels make pearls in freshwater rivers and ponds, whereas oysters make them in saltwater.

Freshwater pearls on the market now are primarily from China. On the other hand, saltwater pearls are discovered off the coasts of Japan, French Polynesia, and Australia.

Pearls are classified into several categories, including Akoya, Handama, Tahitian, and South Sea. Each variety is distinct in terms of look, quality, and price.

Is it true that all oysters contain pearls?

Pearls may be produced naturally within oysters, clams, and mussels, even though they differ in a few spices. They contain a mollusk that is responsible for the formation of pearls.

Not all oysters have pearls; pearls are more common in larger oysters because they have had enough time to develop a pearl. Essentially, there is no official indicator that can tell whether an oyster has a pearl or not; the only way to know is to open an oyster and inspect it. Therefore, finding pearls in every oyster you harvested is unusual.

Is it possible to find a pearl in an oyster?

According to experts, the chances of discovering a pearl in an oyster are roughly 1 in 10,000.

Natural pearls are scarce; even if you harvest hundreds of oysters, just one will have pearls.

As a result, most of the pearls found in jewelry are not natural but somewhat artificial. Natural pearls are highly uncommon and do not require any human intervention to produce. On the other hand, humans take a few years to create cultural pearls.

How Are Pearls Created?

Nacre is another method of producing pearls; the oyster coats itself with fluid layer by layer. As time passes, layers of nacre accumulate, and a pearl develops within the oyster. The process of making pearls is time-consuming and takes several years to complete.

In addition, cultured pearls generate pearls in the same way as nacre pearls. However, the farmer inserts mantle tissue, shell, or bead within the oyster with caution throughout this operation. The Mother of Pearl is the bead used to create a pearl.

The most frequent shape of freshwater and saltwater pearl is round; however, you may also find peals in other shapes. The various shaped and colored pearls are more costly than regular ones.

How Do Pearls Get Harvested?

The technique for creating a pearl on your own is quite intricate and time-consuming, but the end product is fulfilling. Those gleaming pearls were extracted by carefully implanting mantle tissue within an oyster. Farmers who collect pearls may also use beads to create a freshwater pearl.

The nacre treatment then begins within 3 to 4 months. The pace of the nacre technique varies depending on the oyster’s mollusk, and the mollusk is the crucial thing that forms the pearl’s substance. Temperature and water type are other crucial factors in nacre speed.

The farmer must inspect the pearl regularly to inspect the illness, water environment, food quality of the oyster, and other factors. The oyster will not perish when the pear is harvested since the producers carefully monitor the implantation procedure.

What is the maximum number of pearls that one oyster can have?

When an oyster’s pearl is ready, the harvester opens the shell, removes the pearl, and inspects it for quality. Some oysters may generate two to three pearls in their lifespan, but only an oyster with high-quality pearls will repeat the process of making a pearl.

Are pearls living or dead?

Pearls are not living, but the mussels, oysters, and other mollusks that generate them are.

This occurs when a mollusk’s shell becomes clogged with minerals (or just plain muck), and the development of the shell is hampered.

How Long Does It Take to Form a Cultured Pearl?

If you let the oyster or mussels a few years to make the pearl, it will stay far longer than 50 years. And because they are low-quality pearls, the swiftly grown pearls can only endure a few years.

What Is the Value of Pearls?

Generally, round freshwater pearls range in price from $60 to $2000, depending on quality. Akoya pearls are pretty pricey, ranging from $300 to $10,000. However, just a few elements influence the price of cultivated pearls, such as their quality.

The price of pearls is also determined by how they were created:

You can also get seed pearls, which are more costly than other types of pearls. Seed pearls are natural pearls that are tiny in size and develop in freshwater mussels or even saltwater oysters. They are smaller than 2mm in diameter, making it difficult to stand over a jewelry piece.

Is the value of freshwater and saltwater pearls the same?

No, they are not worth the same since they are priced differently. Saltwater pearls are more costly than freshwater pearls because producing pearls in saltwater is hundreds of times more difficult.

Furthermore, they can only create 2 to 3 pearls in a single oyster. On the other hand, freshwater pearls in mussels can produce more than 32 pearls per shell. As a result, the value of pearls from two separate seas varies.

What kinds of pearls are there?

You have already learned about two types of pearls from the preceding discussion: freshwater pearls and saltwater pearls. Here’s another method to tell what kind of pearl you’re looking at:

Natural pearls are primarily harvested in the wild. There are just a few reasons why they are so uncommon. Within the wild, one oyster out of ten thousand oysters can develop a pearl.

Thus, wide varieties of mollusks have been discovered and collected that have clarified the history of pearls. But unfortunately, natural pearls gathered from actual oysters are extremely rare in today’s market, and even if you find one, it will be prohibitively expensive.

In 1893, a man named Kokichi Mokimoto attempted for twenty years to make a pearl in a cultured manner. Finally, after nearly two decades of seeking, he eventually obtained a cultural pearl.

He carefully placed a nucleus within the oyster, which aided in the translocation of the organism into covering the nucleus. He used nacre layers to aid him with the procedure. As a result, almost all pearls available on the market today are cultivated pearls. Depending on the locality, you can discover a variety of hues, forms, and luster.

What Is the Difference Between Cultured and Natural Pearls?

Before the invention of cultivated pearls in 1893, all pearls derived from mollusks were natural pearls. We discussed how pearl production occurs when a particle enters an oyster in the previous section.

The method this particle is inserted is the essential difference between natural and cultivated pearls.

Natural pearls form without any human intervention. The irritant being caught in the mollusk happens entirely by accident.

Farmers put an irritant within the mollusk through a precise incision to create cultivated pearls. Today, however, almost all pearls on the market are farmed. As a result, natural pearls are both incredibly uncommon and highly expensive.

How long does it take for a natural pearl to form?

Natural pearl formation inside the oyster takes around six months. However, it takes approximately a year for them to reach a reasonable size and form. Framers can harvest pearls after a year and create pearls within the oyster by implanting mantle tissues. As a result, the longer they let the pearl form, the higher the quality and size of the pearls they may have.

Is the oyster killed when the pearl is extracted?

Removing or taking the pearl from an oyster will not kill it. Farmers harvesting oysters care to implant the tissue and beads so that the oyster does not perish. To avoid harming the oysters, they employ surgical-style tools. The older the oysters are, the higher the quality and quantity of pearls they generate.

What is the value of a genuine pearl?

Genuine pearls are the most uncommon, as only one oyster may produce quality pearls out of thousands. Once again, the form, color, and size of the pearls are elements that influence the value of a genuine pearl. On the other hand, natural pearls range in price from $300 to $1500.

Is it possible to eat pearl?

Pearl powder is reported to include eight of the necessary amino acids you must obtain from your diet (your body does not produce them on its own). Pearl powder is edible and may be put into various beverages such as smoothies, water, coffee, or tea.

Can I cultivate my pearls?

How long does it take to develop a black pearl?

The production of a pearl might take anything from 6 months to many years. Even before this, it takes around three years for the snail to grow enough to make a pearl. When a mollusk reaches this mature age, it can begin the pearl-making process either naturally or with the assistance of humans.

What is the scarcity of a black pearl?

If an oyster that typically produces white pearls develops a distinctive black color in its nacre, it can also produce a blackish pearl. This, however, is highly unusual, occurring in only one out of every 10,000 pearls.

What is the scarcity of a blue pearl?

Although blue pearls are found in practically every pearl type – Tahitian, Freshwater, South Sea, and Akoya – the odds of seeing a blue pearl in any of these are exceedingly unusual. Blue Akoya pearls were always considered misfits in the pearl business, but they have recently risen to prominence as a prized commodity.

What is the rarity of a pink pearl?

Are oysters slaughtered for their pearls?

Cultured pearls account for 99.99 percent of all pearls marketed. As a result, each pearl, whether cultivated or wild, represents hundreds of thousands of oyster shells that have been opened and discarded, ending in their death. Because oysters are eaten or fried alive, discarded pearl oysters are not channeled as food.

So you’ve just finished reading the detailed information on how long it takes for a pearl to develop in various ways. You will also discover how natural and cultivated pearls develop and how long it takes. Freshwater pearls are extensively utilized in the market since they are less costly and require little work to create.

Finding a few natural pearls used in jewelry is difficult to find. However, you may still find jewelry created with high-quality, thick, cultivated pearls.