How Long Does It Take To Play a Game of Clue?

Are you looking for a fun, engaging evening activity and just the right amount of challenge? Look no further than Clue!


This classic board game requires players to use detective skills to move around a 3D mansion and solve a murder mystery. But how long does it take to play? We’ll explain this in this blog post. 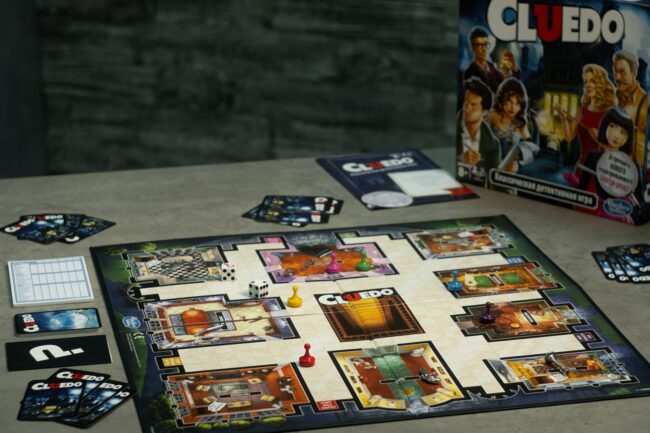 How Long Does It Take to Play a Game of Clue?

On average, it takes about 45 minutes for a game of Clue to be completed. However, the exact time can depend on how quickly players solve the mystery and make their moves on the board.

Clue, also known as Cluedo, is a popular detective-themed game that two to six players can enjoy. Aimed at ages 8 and up, this deduction game requires players to use their wits and strategies to solve the mystery of who killed Mr. Boddy, with what weapon, and in which room.

Players must use a combination of logic and deduction to determine who committed the crime and where it happened. The game’s object is to correctly identify the person responsible for the murder, the weapon used, and the location of the crime before any other player does.

To do so, players must secretly cross off the black CLUE cards, take a peek at the rooms, and make an informed guess about who did it.

How Many Players Can Play Clue?

The clue is suitable for a minimum of three players and can accommodate up to six players. Each player chooses a suspect pawn and places it on the board’s entrance hall. The game’s goal is to find the suspect, weapon, and location of the murder while preventing other players from doing so.

Players take turns rolling the dice and moving their pawns around the board, suggesting who might have murdered with what weapon in which room. Players can also suggest other rooms to acquire more information about who might be responsible for the crime.

How Long Does It Take to Set Up the Game?

Setting up the game and getting ready to play Clue takes just 5 minutes. Each player takes the colored token nearest to them on the board and uses it throughout the game. The player with the red token, Miss Scarlet, is the starting point for all players.

All you need to do is place each playing piece on its corresponding spot on the board, and you’re ready to go! So if you’re looking for an exciting game that up to 6 players can enjoy, Clue is a great option – it only takes 5 minutes to set up, and the usual playing time is about 15 to 45 minutes.

Unpacking the game of Clue is an important first step in getting ready to play. Before you begin, ensure you have all the necessary pieces for the game.

Once you have all of these pieces, it’s time to start setting up the game and reading the rules.

To begin, each player selects one of the six suspects, then puts their pawn on the corresponding starting space on the board. After this, each player is dealt a hand of cards consisting of suspects, rooms, and weapons. Players then take turns moving around the board, making suggestions about who they think committed the murder, where the murder took place, and what weapon was used.

As other players move around the board, they can disprove suggestions by showing one card from their hand that matches the suggestion. The goal is to be the first player to correctly guess the murderer, the murder weapon, and the room where the crime was committed.

Setting Up the Board

Once you have read the rules and unpacked the game, it is time to set up the board. Start by placing the board on a flat surface. Then, place the six-character pawns and weapons on their respective starting squares. Keep the cards associated with each character, weapon, and room separate.

Then, deal out all of the cards evenly between the players. Once all the cards are dealt out, each player should look at their cards and try to remember which cards they have. After all the cards have been dealt, the game can begin!

Once you have read the rules and set up the board, it’s time to choose your characters! Each player selects one of the six suspects with their unique personality and backstory. Once you have chosen your suspect, place the matching token in the assigned starting space.

Each suspect also has a unique set of cards – if the player has more than one card named, they select one to show you. This card can also help clear up any evidence you may have seen during the game. Once each player has chosen their suspect and taken their card, it is time to begin the game!

Playing the detective in the game of Clue is all about deductive reasoning.

Players take turns rolling the dice, moving around the board, and making notes about each player’s cards and what has already been revealed. It’s important to remember that all players can see each card, so paying attention to what others are seeing and what you are seeing is vital.

As you move around the board, you must use your best detective skills to analyze the clues and determine who the murderer is. Once you think you have the answer, you can make an accusation. If the accusation is correct, you win the game.

If the accusation is incorrect, you must continue to play until another player makes a correct accusation.

Guessing a Suspect is the crux of the game and can be the most exciting part. To guess a suspect, each player must examine the evidence cards in their hand and try to deduce who the murderer is.

The player must then make an accusation, naming the suspect and the weapon used. If they are right, they win the game!

Making accusations is the ultimate goal in Clue, as it is the only way to win the game. To make an accusation, a player must have collected enough evidence to identify the suspect, weapon, and location of the murder. If the accusation is incorrect, the player must wait until the next turn to make another.

When a player makes a correct accusation, they must reveal the three cards that were part of the answer to the other players. If the accusation is correct, the game is won by that player.

Winning the game of Clue is the ultimate goal of each player. To win, a player must correctly guess the murderer, the weapon, and the location.

If you are having trouble getting started with Clue, there are a few troubleshooting tips you can use to help you get back on track.

First, ensure you have read the game’s rules and completely understand how the game is played. Take the time to read through each card and familiarize yourself with the characters, weapons, and rooms. If playing with more than three people, ensure that everyone is familiar with the game and understands the objective.

Strategies for winning Clue can be divided into two categories: the playing strategy and the investigative strategy.

The playing strategy involves selecting the right cards, making the right guesses, and understanding the game board.

The investigative strategy is all about deduction and logic. It involves studying the evidence cards, looking for clues, and piecing together the facts.

To win Clue, players must be able to recognize patterns, think logically, and use reasoning to deduce who the murderer is.

Playing Clue can be a lot of fun for players of all ages, but sometimes the standard rules can be boring or too easy.

To spice things up, there are some alternate rules you can implement to make the game even more interesting. For example, you can require players to wear hats of their chosen character and speak in the third person.

You can also switch up the board layout, so players must be even more strategic when making their moves. You can also play with a timer, so players have to think quickly and act fast. These alternate rules can make the game of Clue even more exciting and engaging!