How Long Does It Take To Play a Game of Dungeons & Dragons?

Are you a fan of Dungeons & Dragons and wondering how long it takes to play a game? If so, you’ve come to the right place!


In this blog post, we’ll explain exactly how much time it takes to play a game of D&D – from character creation to the final battle. So grab your dice and get ready for an adventure! 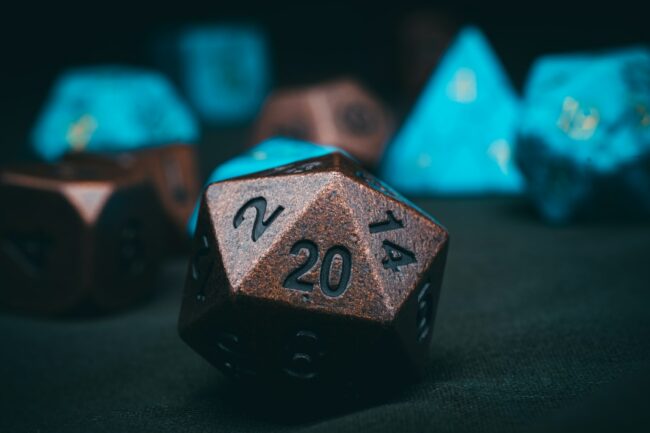 Before jumping into a game of Dungeons & Dragons, it’s important to understand the basics of the rules.

The game is played using a set of polyhedral dice, character sheets, and a game master responsible for organizing the game and telling the story. The game master sets the scene, outlines the objectives, and provides guidance as the players attempt to complete their quests.

It’s important to become familiar with the rules before playing, as they can vary depending on the edition of the game. Once the players understand the basic rules, they can create their characters and plan their adventures.

Once you’ve familiarized yourself with the game rules and have gathered your players, the next step is choosing your adventure.

If you’re looking for a quick game, then a one-shot adventure is a good way. These shorter adventures can often be completed in one session, usually lasting about three to four hours.

However, if you’re looking for something more in-depth, you can choose a longer adventure. These longer campaigns can span multiple sessions and take weeks, even months, to complete. The length of these campaigns is only limited by the imagination of the players and the dungeon master, so the possibilities are truly endless.

When it comes to Dungeons & Dragons, the length of your game is ultimately up to you. Whether you’re looking for a short game or a long-term campaign, the choice is yours. So pick your adventure, sharpen your dice and get ready to roll!

Before you start, ensure enough players to make up a party of adventurers.

Depending on the adventure, you might need three to six players. Once you know who will join you, decide on a convenient time and location for everyone to meet and play. You’ll also want to discuss the game session length, which can range from a few hours to an entire day.

Creating characters is an essential part of playing Dungeons & Dragons. Players create characters that will act as their avatars in the game. This process involves deciding the character’s race, class, alignment, and other attributes. It also involves developing a backstory for the character and designing their personality.

This can take some time, but it’s worth ensuring that each character feels unique and important to the game. Creating characters is a great way to get everyone involved in the game while allowing them to express themselves.

It’s also great to get a feel for everyone’s playing style and preferences. Once characters are created, they can be used throughout the game, allowing players to become more and more familiar with their characters as they progress.

Once you understand the rules and have chosen your adventure, it is time to outline the campaign. This involves deciding what the overall story arc will be and laying out the path the players will take to get there.

You will want to decide on the main villains, the overarching plot, and any potential side quests the players may take. You should also decide on any changes to the rules that you want to make, such as allowing players to use certain spells or items.

This is also an ideal time to create any NPCs or monsters the players may encounter during their journey. Outlining your campaign will help you keep track of the game’s progress and ensure everyone is on the same page.

Once you’ve chosen your adventure and gathered your players, you’ll need to prepare a map of the world you’ll be playing in. Depending on the scope of your adventure, this can take anywhere from a few hours to a few days.

You’ll want to include all the locations your players will be visiting and any obstacles or terrain they might encounter along the way. You’ll also want to mark where various NPCs and enemies are located and where certain important items can be found. Any treasure maps, puzzles, or secrets should also be included. Once you’ve created your map, it’s time to move on to the next step – rolling the dice!

Once your characters, setting, and adventure are mapped out, it’s time to roll the dice. This is the fun part for many players, as it’s when you see what the character is capable of and how the story unfolds. Rolling the dice is a combination of skill, luck, and strategy.

There are various dice used in Dungeons & Dragons, and each can be used for different tasks, such as for combat, for spells, for exploring, or for performing other actions. It’s important to understand how to use each of these dice and how they interact with each other to get the best results. Once you’ve rolled the dice, you can continue your adventure and see where it takes you.

Explore and Engage in Combat

Once you have established the rules of your game, chosen your adventure, and created characters, the next step is to explore and engage in combat.

This is where the real fun begins! In Dungeons & Dragons, combat is a turn-based activity, with each player taking turns to move their character and perform an action such as attacking an enemy or casting a spell.

Combat is an integral part of the game, allowing players to test their character’s skills and explore their capabilities. During combat, players must think tactically and strategically to come out on top. Additionally, combat adds excitement and tension to the game and can make for thrilling moments.

Tracking progress in your Dungeons & Dragons game is essential for keeping the story moving forward. As your group plays, you’ll want to ensure everyone is on the same page and that everyone’s characters progress sensibly and consistently.

Keeping track of all the details can be difficult, but luckily, various tools are available to help. You can use a whiteboard to map out the players’ progress and location, take notes on paper or in a computer program or use dice tracking applications to help keep track of dice rolls and other important stats.

Additionally, you can use online character sheets to keep track of important character information and progress. No matter what tools you choose, staying organized and tracking progress is key to having a successful Dungeons & Dragons experience!

Advancing the story in a game of Dungeons & Dragons requires the Dungeon Master to move the story along, incorporating the decisions and actions of players. Depending on how quickly they want to move through the story, this can take as much or as little time as the players decide.

Play Until You Win

Playing a game of Dungeons & Dragons can be an incredibly rewarding experience, but it does require some patience, dedication, and time. Depending on the size and scope of your campaign, it can take anywhere from a few hours to several months to complete.

The goal is to have fun, so if you are getting bogged down, take a break and return to it later. Like any game, the more you play, the better you’ll get. So don’t be afraid to take your time and enjoy the journey!