How Long Does it Take to Suffocate

How long does it take to suffocate? The short answer and the average time are between 5 to 15 minutes.


There are several ways to die. As living organisms, we are both incredibly resilient and very frail. Those with morbid curiosity may question how long it takes to die via a certain approach. This is a natural human marvel as we battle morality and the issues surrounding it. 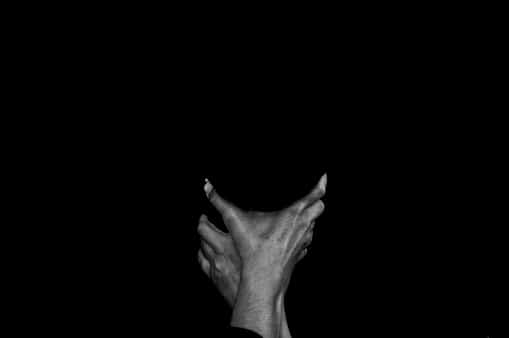 Many people feel that suffocation is a speedy way to die. Movies and television productions have propagated the myth that asphyxia results in a rapid, relatively painless death.

This is not the case since suffocation takes a little longer than most people imagine.

How Long Does Suffocation Take?

Contrary to conventional opinion, suffocation kills people considerably more slowly than you believe. The suffocation rate is determined mainly by the suffocation method, whether by gas, smoke inhalation, or force/strangulation. For example, if a person is smothered by:

When suffocated in this manner, one should lose consciousness in minutes, with hallucinations and euphoria happening in as little as three minutes.

However, dying from suffocation by gas or smoke should take at least 5 to 7 minutes and up to 15 minutes.

When suffocating in this manner, one may struggle for a minute or two before losing consciousness. Strangulation death should take between 6 and 15 minutes, with an average of roughly 7 minutes. This varies according to the amount of force used to suffocate.

It should be mentioned that suffocation is a slow and agonizing death. Suffocation victims may endure hallucinations, agony, blood vessel rupture, loss of bowels and urine, seizures, and other symptoms. Suffocation takes a long time, and dying from such causes is not a peaceful or easy death but rather a terrifying and brutal one.

Asphyxiation can occur for various reasons, but it is most commonly caused by injury, inhaling chemicals, or an obstruction in the airway.

Some of the more specific causes of asphyxiation are as follows:

Asthma is a lung ailment that can make breathing difficult at times. A severe asthma episode may prevent a person from getting enough oxygen into their lungs. Without help, this might result in asphyxiation.

Strangulation can prevent air from entering the lungs. It can also obstruct blood flow to the brain. This happens when a person’s throat is squeezed by a hand, ligature, or another item.

If a foreign item becomes lodged in a person’s throat, they may choke. If the choking is severe, the victim may not be able to breathe.

Anaphylaxis is a life-threatening allergic response. The immune system produces substances that cause the body to go into shock during anaphylaxis. This procedure can restrict the airways and cause the neck to enlarge. Without immediate medical attention, a person may asphyxiate.

Drowning happens when a person’s breathing becomes impaired from inhaling water. The liquid enters the person’s mouth and nose during drowning, shutting off the body’s oxygen supply.

Drowning is one of the top ten causes of mortality among children and adolescents.

When people inhale a chemical that interferes with oxygen intake or use, they suffer from chemical asphyxia.

Carbon monoxide poisoning is an example of chemical asphyxia. When a person breathes in carbon monoxide, it combines with the red blood cells that transport oxygen throughout the body.

When a person inhales too much carbon monoxide, the blood loses its ability to transport oxygen. This can cause crucial organ cells to suffocate and perish.

According to earlier research, the following are the signs of asphyxia:

People suffering from asphyxiation may have blue lips or a subtle blue hue to their complexion. This is owing to their blood’s low oxygen levels.

Why Does Suffocation Take So Long?

For a good reason, suffocation is a slower manner of death. Death by suffocation happens when one’s oxygen supply is taken off for an extended period. This will cause the organs and brain to shut down, resulting in death.

Of course, suffocating timeframes will vary based on the method used to suffocate. For example, suffocation caused by gas or smoke inhalation might result in secondary symptoms such as rupture, which can lead to death sooner.

Suffocation via strangling constantly takes minutes since oxygen is cut off. Death may occur sooner if one’s throat is crushed or the neck is broken during the operation.

The expressions on people’s faces will lead you to believe that suffocating is painful. However, many disagree. They feel it will not harm them. If you fall into this category, this piece will assist in dispelling your worries.

Is suffocation a painful experience? Yes, it does, according to the response. Not only does your brain require oxygen. Your heart and lungs do as well. When there is a lack of adequate air, one may experience chest discomfort.

When there is no oxygen, the agony can be excruciating. The cause of this discomfort might be clogged lungs caused by pollutants and carbon dioxide trapped in the lungs.

Because of the damage done to muscles and essential organs as a result of oxygen deprivation, one may suffer more intense pain. Let us not forget the sensation of having a heart attack. Those fortunate enough to survive such an attack will better understand the horrible experience.

What Is the Definition of Suffocation?

Have you ever been in a scenario when breathing got difficult? Suffocation is worse than being incredibly yummy and willing to drink contaminated water.

Without air, your lungs, brain, essential organs, and tissues will perish (oxygen). We can all exist for a few days without water or food, but not without oxygen.

As a result, suffocation, also known as asphyxia, is a state that no one wants to experience. It will make you feel uneasy and will cause severe pain.

So, what exactly is suffocation? It is a situation in which the body does not receive enough oxygen.

It’s what it’s intended to get. So it follows that one’s body’s oxygen supply is extremely insufficient.

When this occurs, the victim or patient must be treated as soon as possible. Failure to do so may result in a coma or death.

You’ve probably heard the word “oximeter.” It is a gadget that paramedics place on a suffocating person’s finger to determine the amount of oxygen in the person’s body. When using an oximeter, the appropriate measure should be 100%. That is regarded as the ideal figure.

Anything less than 90 – 93 percent indicates a severe concern.

Suffocation is not a pleasant sensation to talk about. When this happens, the only thing that can be said is that the person in the issue is still alive. Suffocation can be fatal. And it may occur within a short period.

The problem is that many people don’t believe it hurts since they haven’t had one. We hope that no one reading this post has had such an experience. Nonetheless, the sensation is worth debating and understanding.

When suffocation or hypoxia occurs, you may feel uneasy and have difficulties breathing. You may find it difficult to catch your breath or notice your heart racing faster than normal. Keep in mind that delivering enough blood to the brain beats quicker.

You should also be aware of the consequences of oxygen deprivation. It has the potential to cause significant damage to the victim.

Furthermore, the effects may be modest or even missed when the deprivation is milder. When it’s severe, most adults will notice and respond fast. Many people who were deprived of oxygen lost their capacity to talk appropriately in the majority of situations. They can hear but cannot speak.

It’s also vital to remember that children may not realize they’re suffocating. As a result, parents must lead and safeguard their children.

What Are the Symptoms of Oxygen Deficiency?

Suffocation’s Devastating Effect: How Long Can You Go Without Oxygen?

Suffocation may be painful, as we’ve previously discovered. So another critical thing to consider at this stage is how long a human can survive without oxygen.

The answer is between four and six minutes. When a person is choking or suffocating, it is almost always due to a lack of oxygen in the lungs. But, of course, the brain needs oxygen, and if it does not receive enough of it, it will begin to die.

How do Guinness World Record holders stay underwater for more than four to six minutes without breathing? This question contradicts the assumption that the brain can only survive for 4-6 minutes without oxygen before dying. But there is one thing you should be aware of.

Aleix Segura, a Spaniard, holds the Guinness World Record for being able to hold his breath underwater for the longest period. Aleix was submerged for 24 minutes and 3 seconds.

How did the Guinness World Record holders achieve such a feat for the longest breath? Before going below, these record-breakers usually breathe pure oxygen for at least 30 minutes. The goal is to eliminate as much carbon dioxide from their system as possible. When this happens, the additional oxygen in their bodies allows them to stay underwater for a long time without breathing.

Furthermore, many healthy people can hold their breath for roughly two minutes. Some experts feel that one’s ability to hold one’s breath may improve with constant practice. However, depriving the body of something it requires every second, such as oxygen, is not recommended. Experts have warned that doing so may have unintended consequences.

Here’s what happens when you hold your breath for an extended period. Remember how we discussed the prospect of a painful suffocation experience? So, here’s what occurs when someone suffocates or holds their breath for a long time.

The difficulty with this is that carbon dioxide, the gas we humans expel, tends to accumulate inside.

Carbon dioxide accumulation on the inside is an unpleasant sensation for everybody. It’s a gas that has to be expelled. A simple reflex, on the other hand, might cause the breathing muscles of one’s body to spasm. Seizures are painful, so individuals beg for oxygen a few minutes after suffocating.

Suffocation Prevention for Children: What You Must Do

As a result of their sleeping posture, young babies and newborns might suffocate. Young newborns may be able to regulate their nose or head to avoid suffocating, but there is still a substantial risk of what specialists call “smothering.”

As a result, as a parent, you must guarantee that your infants do not suffocate. The event is not only unpleasant but also has the potential to shorten the child’s life. Here’s what you can do to save your children from suffocating.

No matter what type of suffocation occurs, one may reasonably predict that suffocation will take at least five minutes, with most people taking approximately seven minutes. Other elements, however, might either impede or accelerate the suffocating process.