How Long Does Tylenol (Acetaminophen) Take to Work And Why?

Home  »  Health   »   How Long Does Tylenol (Acetaminophen) Take to Work And Why?


Tylenol is frequently used as mild pain relief with fever and headache. This is one of the most often used medications in the United States. 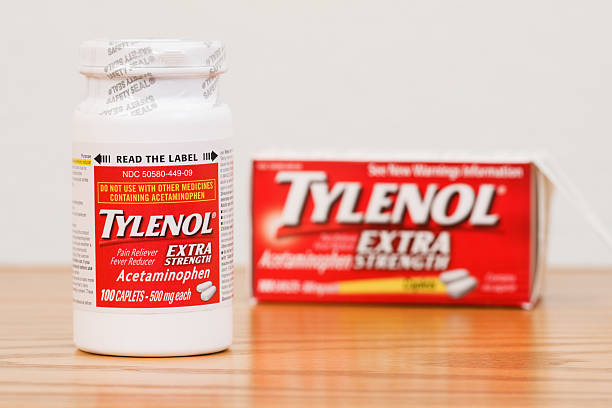 These medications’ active ingredient is acetaminophen, also found in Paracetamol. It is best to use four to six timers daily when taking Tylenol as a pain reliever.

Adults, on the other hand, should not consume more than 3,000mg per day. Tylenol should not be given to children under two without a doctor’s prescription.

In this post, we’ll look at how long Tylenol takes to work and why.

What Is the Function of Tylenol?

Acetaminophen is the common (or generic) name for Tylenol (a brand name). Although 200 drugs include acetaminophen, the majority of them do not bear the “Tylenol” brand name.

Tylenol (or Acetaminophen) might be a good and universal solution for relieving headaches and other typical aches and pains. Most people with arthritis and other chronic pain disorders can take it long-term.

How does Tylenol work?

Okay, we’ll look at the chemistry of the analgesic Tylenol and how it works (the brand name of Acetaminophen).

Acetaminophen inhibits the production of chemical messengers known as prostaglandins, which the body creates in reaction to an injury or illness.

Acetaminophen alleviates pain by inhibiting prostaglandin actions (but not affecting others). By the way, prostaglandins are known to cause inflammation and swelling in body tissues.

How long does it take Tylenol to take effect?

When using Tylenol as a pain reliever or fever reducer, the effect begins after 45 minutes for tablet, oral, or liquid Tylenol. The effects of dissolving pills are reported to be felt within 20 minutes.

The impact of rectal suppositories will take around two hours to take effect. Tylenol has a four-hour duration of action in reducing temperature and easing discomfort.

Taking it more frequently will help to reduce both temperature and pain. Call your pharmacist for further treatment if the pain or fever persists after one to two hours of Tylenol.

How long does Tylenol Extra Strength take to work?

Although Tylenol Extra Strength can be taken with or without food, certain foods will interfere with the drug’s capacity to be absorbed by the body, making it less effective for pain relief or fever reduction.

How long does it take for Tylenol PM to kick in?

How long does it take Tylenol to work for fever?

You should feel better if you take pain drugs or reduce fever! Oral, liquid, or tablet acetaminophen usually takes 45 minutes to work.

How long does it take Tylenol to reduce fever for adults?

How long does it take for Tylenol to work for a headache?

Oral, liquid, or tablet acetaminophen usually takes 45 minutes to work. In about 20 minutes, the orally disintegrating tablets begin to function.

How long does it take for Tylenol to kick in for babies?

Infant Tylenol takes 30 minutes to start functioning and reaches its peak effect after one hour. Call your physician if your baby’s fever lasts longer than 24 hours and then returns or if your baby has a fever for more than 72 hours.

How long does it take for Tylenol to work for cramps?

If you take Tylenol on an empty stomach, the estimated time it may take before you experience a reduction in pain is Orally dissolving pills, oral Tylenol liquid: 20 minutes. Oral pills, extended-release tablets: 30 to 45 minutes.

When you first notice symptoms of period cramps, take a pain reliever and continue taking it for two or three days or until your symptoms disappear. If you have severe menstrual cramps, your doctor may prescribe an anti-inflammatory medication (NSAID).

Is it safe to take Tylenol (Acetaminophen) when pregnant?

It is frequently recommended for pregnant women to alleviate pain during labor. Although pregnancy is a delicate subject, the decision to take Tylenol or not is ultimately yours.

Why does it take so long for Tylenol to take effect?

Metabolism is a major element that influences the time it takes for the Tylenol effect to kick in. It is important to note that metabolism varies from person to person.

Furthermore, the method by which the medicine is introduced into the body influences the time it takes for its impact to take effect. Using liquid or Tylenol, the effects will be felt within 45 minutes, as opposed to rectal suppositories, which would take around two hours.

Tylenol: How Safe Is It?

According to current studies, a daily dose of up to 3,000 mg is safe. Furthermore, consuming 4,000mg under physician supervision is reported to be safe.

However, taking more than 4,000 mg of Tylenol daily is dangerous because it might cause liver damage. Tylenol should not be taken if you have a liver illness.

Tylenol should not be used if you have a history of alcohol consumption. You should also avoid using the medicine while drinking alcohol.

Furthermore, avoid taking Tylenol if you have a history of liver disease, including hepatitis, phenylketonuria, or severe renal disease. It is best to check your doctor before using Tylenol if you use blood thinners such as warfarin.

How Long Will Tylenol Keep Working?

Take the medication orally or as a tablet according to the doctor’s instructions or as directed on the label. Always take Tylenol in the recommended dosage. If you are taking it as a suspension, shake the medicine thoroughly before taking the dose (like we normally do).

Use a medicine cup or a measuring spoon to measure the medication. If you intend to administer Tylenol to a child as a tablet, consult the recommended prescription for this age group. If you prefer liquid form, be sure you’re using an oral syringe or measuring dropper.

Tylenol, often known as acetaminophen, is best used within 4 to 5 years.

Acetaminophen, like ibuprofen, should be used within four to five years of opening, and liquid forms should be used before the written expiration date.

How Should Tylenol Be Stored?

How Often Should You Take Tylenol?

When it comes to Tylenol, remember that you can take 1000 mg of it every four hours.

The highest daily dose of Tylenol that you can take is 4000 mg.

Tylenol is commonly used to treat fever, discomfort, and aches caused by the common cold or flu. To avoid casualties, the producers have reduced the dosage.

Keep in mind that Tylenol should not be used on its own.

You must take the medication exactly as prescribed by your doctor. Tylenol, if taken in excess, can induce liver damage and death. If you experience stomach pain, nausea, appetite loss, itching, clay-colored feces, or other symptoms after taking Tylenol, go to the doctor immediately.

Should Tylenol be taken with or without food?

Who Isn’t Allowed to Take Tylenol?

When you have either of the following health issues, avoid using Tylenol (or Acetaminophen):

A study discovered that taking acetaminophen-based pain medications like Tylenol with minor amounts of alcohol doubles your risk of kidney damage.

Another piece of advice. Pregnant women should consult their doctor before taking Tylenol. After all, it is a matter of the fetus and the expectant mother’s protection.

Acetaminophen has the propensity to transfer into breast milk. This can be harmful to a nursing baby. So, if you are currently breastfeeding, inform your doctor.

Follow the factors to consider when taking Tylenol religiously now that you’ve learned them. Children under the age of two should not be given Tylenol. It is generally a good idea to see a doctor before taking drastic measures.

How much Tylenol am I allowed to take?

What Happens If You Take Too Much Tylenol?

When you take an overdose of Tylenol, you should do two things right away. Call for medical assistance as soon as possible.

An acetaminophen overdose is lethal and can produce nausea, vomiting, loss of appetite, stomach pain, sweating, confusion, and weakness.

Later indications of a Tylenol overdose include upper stomach pain, black urine, and yellowing of your skin or the whites of your eyes.

However, do not make the mistake of taking an extra dose to compensate for a missed one. Skip the dose when the time for the next dose is approaching.

It is strongly advised that you consult your doctor if you get a rash, edema, or difficulty breathing as a result of using Tylenol. If you experience nausea while taking medicine, you should consider drinking milk to alleviate the effect.