How Long to Pee Out Cup of Coffee?

Do you know how long it takes for your body to process a cup of coffee? If not, don’t worry — we have the answer!


This blog post will explain what happens to coffee once you drink it and how long it takes for your body to pee out the caffeine. So grab a cup of coffee, and let’s dive in! 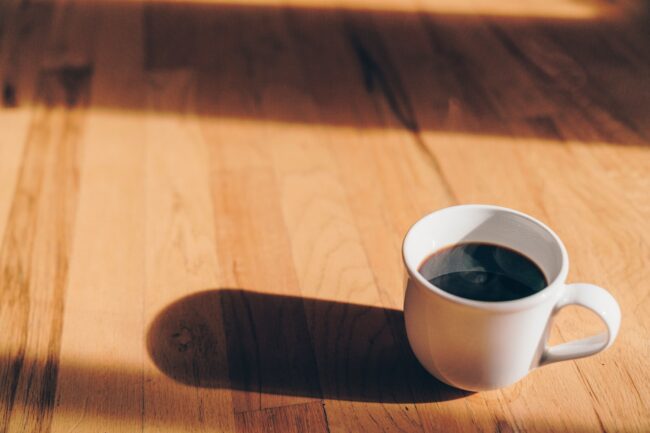 How Long Does it Take to Digest and Absorb Liquids?

It doesn’t take long for the body to absorb water after you drink it – just five minutes for half the water to be digested and 75 to 90 minutes to absorb the entire amount. It takes 45 minutes to 4 hours for liquids to pass through the stomach and small intestine and enter the bloodstream.

Coffee, however, moves out of the body much more quickly due to its caffeine content, which is absorbed rapidly and can take full effect in as little as 15-45 minutes. No wonder people reach for a cup of coffee first thing in the morning – it helps with alertness, and its effects are felt before cortisol levels begin to rise again.

How Long Does it Take the Kidneys to Process Liquids?

The kidneys play an important role in the body’s ability to process liquids. It takes 15 minutes to two hours for a healthy person to urinate after drinking water and a bit longer for coffee. Women should have about 2 liters (8 cups) of fluids a day, and men about 2.6 liters (10 cups).

Be “water wise” and ensure you drink the right amount of fluids. Caffeine peaks in the bloodstream within 15 to 45 minutes, so if you add an extra cup of coffee at night, make sure it’s not too late. Once made, the urine travels to the bladder, where it will stay until a person is ready to urinate.

How Long Does it Take to Urinate After Drinking Coffee?

The average person takes around 30 minutes to an hour to urinate after drinking coffee, depending on their body chemistry. Coffee is a mild diuretic, so some people may feel the urge to go sooner than others.

How Long Does it Take to Urinate After Drinking Water?

Generally, it takes 15 minutes to two hours for a healthy person to urinate after drinking water. On average, it takes about 45 minutes to 2 hours for the urge to come, and the water absorption can occur as soon as 5 minutes after ingestion.

For most people, though, it should take no longer than 30 seconds to urinate. Going as soon as you feel the urge is important, as this can help prevent leakage. The bladder urgency is caused by the body sending signals to the pituitary gland when you drink coffee, inhibiting the production of an important hormone.

Drinking coffee is often one of the first things you do in the morning due to its diuretic properties and stimulating effects of caffeine. When you swallow liquids, they go straight to your stomach and are quickly metabolized by your body.

Why Does Coffee Move Out of the Body So Quickly?

The answer to this question is that caffeine affects the process of hydration because it is a diuretic. This means that drinking coffee causes the body to send signals to your pituitary gland, which then stimulates the kidneys.

This gets bowel muscles moving for some people, sometimes necessitating a bathroom visit 2-3 minutes after drinking coffee. Part of the reason coffee moves out of the body so quickly is that we digest liquids faster than solid food, especially if you’re drinking on an empty stomach.

This helps explain why people reach for a cup of coffee first thing in the morning – they need to get hydrated and energized quickly!

What Happens When You Swallow Liquids?

When you swallow liquids, it takes the body some time to digest and absorb them. Depending on the type of liquid, it can take a few minutes to a few hours for the body to process and eliminate it. For instance, when you drink a cup of coffee, the caffeine and other components in the liquid will be absorbed and metabolized quickly, usually within a few minutes.

However, drinking water can take up to two to four hours for your kidneys to process all of the liquid and produce urine. In either case, drinking fluids helps to replenish your body and keep you hydrated.

What is Caffeine, and Why is it a Stimulant?

Caffeine is a natural chemical in many foods and beverages, including coffee, tea, cola, cocoa, guarana, and yerba mate. It is the world’s most popular drug and acts as a stimulant for the brain and central nervous system.

When ingested, caffeine is rapidly absorbed within 45 minutes and is metabolized in the liver at rates subject to genetic variability. It causes increased wakefulness, alertness, and focus but can also lead to restlessness, irritability, and heart palpitations when consumed in excess.

Coffee drinkers reach for a cup of joe first thing in the morning because caffeine has a diuretic effect that can help to boost energy levels quickly.

How Long Does it Take to Metabolize Caffeine?

It takes up to 5 hours for the body to metabolize caffeine, but this can vary from person to person due to genetic variability. The effects of caffeine usually begin within an hour after consumption and can take several hours to wear off.

What are the Benefits and Risks of Drinking Coffee?

Coffee is a popular beverage worldwide, and its popularity isn’t without good reason. Drinking coffee can provide various benefits, from increasing energy levels and alertness to providing essential nutrients like magnesium and potassium.

But, like any food or beverage, drinking too much coffee can come with a few risks, such as restlessness, increased heart rate, and dehydration. It’s important to be aware of these risks to decide how much coffee you should drink. It’s also important to keep in mind that everyone is different, and certain people may be more sensitive to the effects of caffeine than others.