How Many Weeks Are There In A Year?

How many weeks are there in a year? A year consists of 52 weeks plus one day. 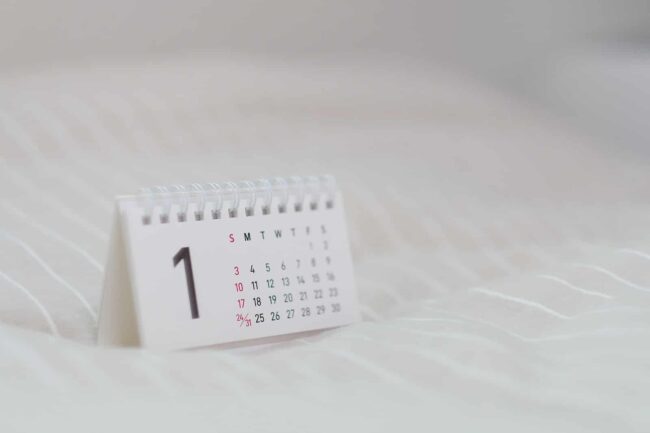 A leap year* occurs every four years, adding one additional day to the calendar (pity those 17-year-olds born on February 29th, 2000, who have only had 4 true birthdays). In this scenario, 366 divided by 7 yields 52.2857, indicating that it is still just 52 weeks.

This is all based on the Gregorian calendar, which was adopted in 1582 and cycles every 400 years. If you want to take it a step further and calculate the average number of weeks in a year over the whole Gregorian calendar, you’ll discover that a year is 365.2425 days. When divided by 7, the result is 52.1775 weeks.

If we wish to go more particular, we may say:

Table of weeks in a year

The “52 weeks” criterion is broken if you use a sophisticated academic journal or office wall planner; occasionally, they number the weeks depending on their running from Sunday to Saturday or Monday to Sunday, splitting up the first and last weeks of the year to match this mold.

Although there are only 52 weeks in a year and time does not miraculously slow down, the way a calendar like that counts pieces at the beginning and end of the year might mean that the weeks are numbered as high as 54.

Leap years arise to fix a little omission in our annual calendars. A full solar orbit takes Earth 365 days and 5 hours, 48 minutes. To compensate for the extra time, we add an extra day to the calendar every four years to preserve accuracy (otherwise, we would be out by 24 more days every century).

The traditional 7-day week dates back to antiquity, even before the Bible’s creation myth, in which the Big Guy in the Sky rested on the seventh day.

This remained until Julius Caesar introduced a Julian calendar in Rome. The Julian calendar was based on a solar year, meaning that the sun’s motions determined days, weeks, and months.

Until 1582, the Julian calendar controlled Europe and its colonies. That was the start of Europe’s use of the Gregorian calendar, which is likewise based on the solar year.

The Gregorian calendar, also a solar calendar, is still used in the West today. Parts of Eastern Europe continue to utilize the Julian calendar, such as Orthodox and Oriental Orthodox churches.

Many countries, including China, Korea, Japan, and Vietnam, employ a lunar calendar based on the waxing and waning of the moon.