How To Tell How Old Your Dog Is

Is it possible to determine your dog’s age if you don’t know when it was born?


Knowing how old your dog is might be crucial to their health care. Puppies have distinct requirements from teenage dogs, who have different requirements than middle-aged and senior dogs. Dogs must mature quicker than people, and with aging comes a rise in health concerns and hazards. You can’t adequately care for your dog if you don’t know its age. Here are a few pointers to assist you in figuring out how old your dog is: 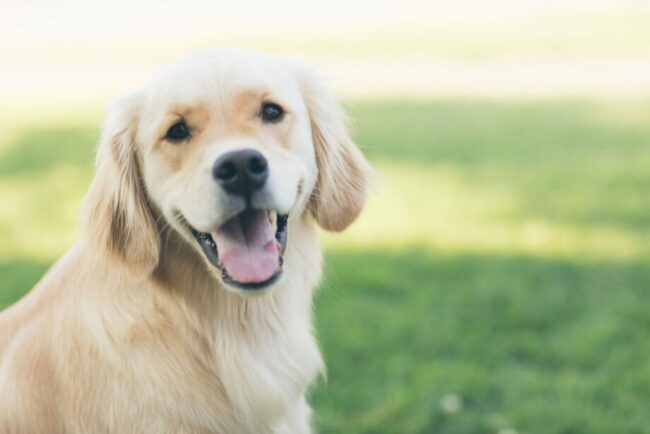 The big or little dog

First and foremost, examine the breed and size. Smaller dogs mature faster than bigger dogs. For example, a Chihuahua reaches maturity at around nine months. On the other hand, Newfoundland may not achieve maturity until they are 16 months old or older.

Contrary to common perception, a canine year does not equal seven years in human years. The reason for this is, as already said, sexual maturity. A one-year-old puppy is equivalent to a 15-year-old person.

Another thing to remember is that smaller breeds tend to live longer than larger ones. The average longevity is 8 to 15 years, with the oldest dog surviving to reach 29 years old! The larger the time range, the more difficult it is to determine an age.

The Breed of Your Dog

Then, you should consider your dog’s breed’s life expectancy. You may obtain genetic testing that will give you a breakdown of your puppy’s pedigree. This might help you identify whether your pet is young, middle-aged, or elderly. Knowing this will give you a foundation for estimating your dog’s age.

According to the Humane Society of the United States, the most reliable technique to estimate a dog’s age is to check its teeth. If your dog is still a puppy, you may estimate their age by observing the growth of their chompers. Puppies under four weeks old likely have no teeth, but puppies aged four to eight weeks have needle-sharp temporary teeth.

Your puppy’s permanent teeth will appear when they are three or four months old and remain clean and sparkling white until they are around a year old.

Your dog’s teeth may show signs of deterioration after the first year of life. Initially, you’ll see stains and plaque on their teeth towards the rear of their mouth. Most dogs’ teeth will be somewhat yellowed and have noticeable plaque by age three. Dogs around the age of five have a lot of tartar teeth that are less pointed or even somewhat worn down and are more prone to dental problems. Dogs over 10 are more likely to have loose, broken, or missing teeth.

While you won’t be able to tell your dog’s birthday by looking at their teeth, it’s a terrific method to narrow it down.

Their teeth should give you a sense of how old they are. These standards will differ from dog to dog, and they will also be affected by the type of dental treatment (if any) they received before you adopted them.

The way dogs distribute their weight varies as they mature. Run your hands along each side of your dog’s spine. Fat pads typically form over your dog’s lower back or lumbar area as it ages. Mild muscle loss, which results in a more pronounced spine and, in some cases, a sway-backed look, is also a sign of a senior dog.

Clarity of the Lens

Examine your dog’s eyes carefully. Do your pupils appear cloudy? This is a symptom of lenticular sclerosis, an age-related condition in which the lens becomes diffusely cloudy or opaque. However, it only has a little impact on vision. It is important to note that they are not cataracts, which can impair eyesight. Cataracts are often milky white in appearance; some breeds are more prone to cataracts than others, and cataracts can also occur due to another ailment. Consult your veterinarian if you suspect a cataract or are concerned about your dog’s vision.

Dog hair, like human hair, will normally begin to whiten with age. The hair around the snout and the eyes are particularly impacted. It’s worth noting that this isn’t a very specific metric. Some dogs, particularly wire-haired or furnished breeds, are born with a lot of white in these regions or will whiten out much younger.

Examine the color of the fur. Some canines begin to gray between the ages of 7 and 10 years. The muzzle is frequently the first to gray].

The fur around the snout or beneath the chin might begin to grey as early as 2 years of age.

There is such a thing as premature greying in dogs. Stress is thought to be a cause, and dogs who had a hard start in life may become grey sooner. However, when a dog gets grey, it is primarily due to genetics, as in humans.

If you observe greying on your dog’s chest and face, behind the legs, ears, and paws, they may be reaching senior status.

Take note of your dog’s hearing. If your dog is becoming more aggressive or not responding to orders, have its hearing examined. Dogs frequently lose some of their hearing as they age. The dog that appears hostile cannot hear people approaching and is scared, while the dog who no longer obeys orders cannot hear them.

If your dog is young, it will likely move easily and be eager to play or pursue. However, according to petMD, as dogs age, they get less active and may have trouble moving up and down stairs, jumping, or sprinting.

Older dogs may be less interested in playing and choose to sleep on the couch over a romp in the park. Keep an eye on your dog’s activity level and gait for stiffness or restricted joint mobility symptoms.

The American Kennel Club offers a chart that shows your dog’s age in human years based on size. Smaller dogs live longer lives than larger dogs.

When is my dog considered a senior?

We must refer to the Aging Profile factor to provide the correct response. A dog is termed senior if they are in the last 25% of its anticipated lifespan.

How Do You Convert Dog Years to Human Years?

However, as a general rule, the American Veterinary Medical Association states:

Conclusion: How can you tell how old your dog is?

There are several methods, but to simplify, look for indicators of age in the teeth, eyes, hair, and teeth. If all of those appear young, you may be certain that the dog is a puppy or a young adult. On the other hand, if those appear elderly, you may have a senior dog on your hands!

Does a dog’s bark alter as he gets older?

It certainly does! Over time, your dog’s voice box will lose its capacity to produce loud noises. A senior dog’s bark is quieter and more muffled than a young dog’s. Remember that various medical issues might cause a faint or muted bark. Take your dog to the vet if it has suddenly “lost” its capacity to talk. It’s always better to be safe than sorry.

A 7-year-old dog is regarded to be in its senior years. However, it ranges from 44 and 50 years in human years, depending on the size and breed of the dog.

How can you determine the age of a dog?

It used to be said that you take 1 dog year and multiply it by 7. This computation is based on the premise that canines live around 10 years and people live about 70. However, research does not support this hypothesis, as a dog’s age is affected by various other variables. According to the American Veterinary Medical Association, the first year is equal to 15 human years, the second year to 9 human years, and each year after that equals 5 human years.

In human years, how old is a one-year-old dog?

According to the American Veterinary Medical Association’s approach, a one-year-old dog is approximately 15 years old in human years.

What is a dog’s maximum age?

The age of a dog is determined by its breed and size. Smaller dogs are thought to live for 15 years, large dogs for 10 to 12 years, and enormous dogs for up to 7 to 8 years.

In human years, how old is a 4-month-old puppy?

Your puppy is about the same age as your kid at 4 months old.