Is Margarine Vegan? What You Should Know

Margarine has always been my favorite cooking fat over butter (and gotten some harsh criticism for it). But I had no idea what I was consuming (what is margarine composed of?). As more of my friends adopt vegetarian and vegan diets, they wonder if margarine is vegan. I was curious to find out.


What exactly is margarine?

There are many questions that, on the surface, appear to be so basic that they aren’t worth bothering to ask. However, upon closer investigation and when attempting to create an explanation, things are not always that clear. What exactly is margarine? Belongs to that category. 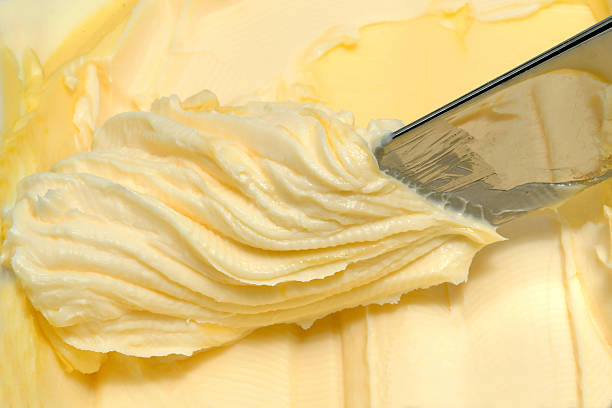 So, what exactly do we mean when we say “margarine”? According to the Oxford dictionary, margarine is “a butter replacement prepared from vegetable oils or animal fats.” In reality, that’s a very reasonable definition, although, in current times, margarine is created from a greater and wider spectrum of base components.

Hippolyte Mège-Mouriès, a French scientist, invented margarine in 1869. He developed it as part of a competition sponsored by French Emperor Napoleon III, who was looking for a cheaper butter alternative for his soldiers and peasants.

Originally manufactured from cattle fat, a new technology discovered shortly after allowed it to be created from solidified vegetable oil instead. It has an unpleasant white tint by nature. Thus it is frequently colored yellow to make it more palatable and butter-like.

Because of its low price, margarine soon gained popularity and eclipsed its archrival, butter, in sales. However, because of health concerns about the trans fats in margarine, butter is presently more popular than margarine in terms of per capita consumption,

Trans fat-containing margarine should usually be avoided. Although some studies suggest that extremely few levels of natural trans fats may be healthy, most government health organizations advise avoiding trans fats entirely due to their detrimental effects on the heart.

Many margarine makers are attempting to avoid using trans fats, yet the relationship persists.

What is the composition of margarine?

Margarine is a spreadable butter alternative manufactured from an emulsified mixture of water and fat. Typically, the fat originates from plant-based oils; however, as previously stated, the fat basis can also come from animals.

Soybean, palm, canola, olive, and maize oils are the most frequent fat bases in margarine. Salt, artificial and natural flavors, and coloring substances will be listed on the label.

So, margarine is vegan? While they are typically vegan-friendly and do not pose many issues, a few additives may cause your vegan margarine to no longer be plant-based!

How Is Margarine Produced?

The production of margarine is divided into seven steps:

Oil is extracted by cold pressing or using solvents, most often hexane. Hexane is also found in cleaning agents and paint thinners. It has the potential to produce dizziness, nausea, and headaches.

This first oil is referred to as “crude oil” because it frequently contains contaminants, poisons, and metals. It’s also generally stinky and has a murky grey tint (not appealing!).

While hydrogenation is not always used in the production of margarine, it is rather prevalent. It entails injecting high-pressure hydrogen gas into a chamber to push the fatty oil molecules into a solid state at room temperature.

Trans fats are produced as a byproduct and have been firmly related to heart disease, high “bad” cholesterol, and obesity.

Following that, these oils are combined with a variety of different types of oil and fat to get the desired consistency.

This stage includes combining the fat/oil generated in the preceding processes with either water or milk. Whey is sometimes added as well. At this step, salt, vitamins, and stabilizers are added before food dyes and chemicals are added to color the margarine yellow.

This stage is required to kill out poisons and germs, which is accomplished by high temperatures.

After that, the finished result will be solidified into the margarine we all know and (sometimes) adore. This is accomplished by chilling it at a precise temperature before packing and delivering it to your local store.

They usually can! The majority of margarine brands are vegan by definition, although certain brands and components contain animal-based products.

Is vegan margarine available in all varieties?

Margarine is a butter alternative commonly prepared by mixing water with vegetable oils such as soybean, maize, palm, canola, or olive oil.

Salt, colorings, and natural or artificial flavorings are occasionally included as well.

As a result, most margarine includes no animal ingredients, making them a viable vegan substitute for butter.

However, some producers utilize milk instead of water or add animal-derived substances such as lactose, whey, or casein. Vegans should avoid margarine which includes these substances.

When Does Margarine Not Qualify as Vegan?

According to the United States Department of Agriculture, margarine must have at least 80% fat and no more than 2% salt. Vegan margarine is created with a simple formula that combines water, plant-based oil, soybean or maize oil, and salt.

However, animal products are frequently seen on margarine ingredient lists. Keep an eye out for whey, lactose, buttermilk, and casein (all dairy products). Similarly, suet, an animal fat, is occasionally added to the mix, along with vitamin D3 and fish oil.

No, not always! Although most producers blend their vegetable oils with water, they will occasionally employ milk-based substances instead.

Keep an eye out for the following milky ingredients:

Whey is the residual liquid that separates from milk during the cheesemaking process.

Casein is the curds that remain after the coagulation of milk during the cheese-making process.

And here are a few more animal-based ingredients:

As with many other vegan goods, it’s critical to study labels carefully to establish which manufacturers provide vegan margarine free of milk or animal-based components.

Some companies will designate margarine as vegan on the front of the packaging, while others may need you to study the tiny language on the label carefully.

Is vegan butter equivalent to margarine?

Vegan butter is essentially margarine with a better marketing strategy. Margarine fell out of favor for a while, most likely because of its high trans fat level, whereas veganism is more popular than ever.

Why would manufacturers use the antiquated term “margarine” when they could sell their product as fashionable, trendy vegan butter?

Of course, there is less leeway with vegan-branded butter. Vegan goods must be guaranteed to include no animal products, although technically, any margarine can use whatever animal-based components it wants. In any case, the ingredient lists in both goods at the grocery store will be extremely similar.

How to know if your margarine is vegan or not

The simplest method to tell if your margarine is vegan is to glance at the ingredient list.

Vegan margarine should not contain any of the animal-derived substances listed below:

In addition, several brands state on the package if their margarine is vegan.

While many other brands and variations of margarine are created mostly from soybean oil or a combination of oils, they also include trace quantities of milk-derived components. Check the label for whey, lactose, casein, and caseinate, dairy derivatives commonly found in margarine.

Margarine with trace quantities of dairy is not vegan. Choose a product promoted as a vegan non-dairy spread, such as the Earth Balance brand, if you want to be confident that the margarine you’re using is 100% vegan.

What are some Vegan Margarine Brands?

Look for the following vegan margarine brands and varieties:

Is Margarine Good for You?

The initial query was, “Is margarine vegan?”

Perhaps a more pressing concern is whether we should consume margarine at all — is margarine healthy?

No, in a nutshell.

Margarine is made up of 80% fat in the form of oil. Some margarine products include hazardous trans fats that can cause heart disease and weight gain, and they may also be manufactured with harmful chemicals such as hexane. Avocados, nut butter (prepared in a nut blender), and flaxseeds are healthier vegan fat sources.

However, unless you’re eating it by the tub or creating specifically margarine-filled cakes or cookies, many individuals (including self-proclaimed clean eaters) believe that vegan margarine and butter replacements are in moderation.

After all, who doesn’t enjoy a little margarine and jam on their morning toast? Or how about a dollop on a baked potato?