When Is It The Hottest And Coldest Times Of The Day And Why?

Several myths and misconceptions exist about the warmest and coldest times of the day. High and low temperatures indicate how warm or cold the environment will be, and they may be sensed at different times of the day.


Although it would appear that the warmest time of day would be earlier in the day since the sun is more apparent and the rays can be felt more immediately, this is not the case. 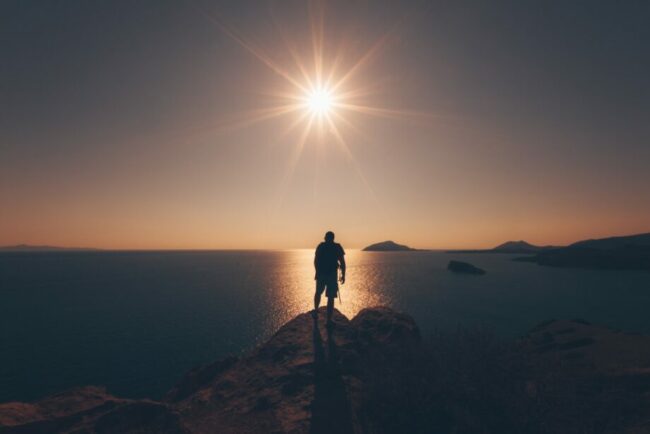 When you get up in the morning, you may frequently feel the cold almost immediately, leading many people to assume that the coldest period of the day happens early on, but this is not the truth.

Many people are astonished to hear that the warmest and coldest moments of the day come later, with just a short interval between them.

We completed our study and have found when the warmest and coldest moments of the day occur, as well as the reasons why.

The hottest time of day is determined by the time of year and your global location. The sun’s rays heat the earth like a stove burner heats the water.

Even if the burner is set to high, the water takes a long to boil. The same is true for the day’s temperature.

At around midday, the sun is at its highest position. The sun’s high point is when it provides the most direct sunlight to the Earth, also known as solar noon.

According to NBC 5 weatherman David Finfrock, a sunburn happens in the least period at this position. The sun’s radiation is at its peak, yet the temperature isn’t.

The daily cycle refers to the rotation of the Earth on its axis that creates night and day. The daily cycle is responsible for the delay in temperature rise on the Earth’s surface. The delay is referred to as the thermal response.

According to the National Climatic Data Center, there is a three- to four-hour delay between when the sun sends the most direct sunlight to the Earth and when the temperature increases.

The thermal reaction begins at noon when the Earth’s surface begins to heat up. The temperature will continue to rise as long as the Earth absorbs more heat than it releases into space.

During this time of year, cold fronts frequently lower the temperature throughout the day. During the winter, the warmest period of the day might be early in the morning. A cold front may pass through in the afternoon, cooling the Earth’s surface.

Your location can also determine the warmest time of day. Climatic changes can impact one section of the Earth or a country while not affecting another.

Contrary to popular opinion, the hottest time of day is not at noon. Many people think this because the sun is at its highest height. Therefore the planet is receiving more solar energy.

However, the warmest period of the day is usually between 3 and 4 p.m.

Why is it that the hottest time of day is in the afternoon?

Even though the sun is at its highest position in the sky and the Earth receives the most solar energy at about noon, we now know that the day’s greatest temperature does not occur until approximately 3 p.m. Thermal Response is another name for this delay.

After midday, even though the sun’s output decreases, the Earth retains much of its heat while absorbing solar radiation. It indicates that the heat at the surface is more than what the planet can reflect away.

As a result, the temperature rises until the solar radiation becomes feeble enough that the Earth’s ability to reflect heat into the atmosphere exceeds the energy it receives. This happens between 3 p.m. and 4:30 p.m.

The heat begins to build up at midday since the sun is at its greatest point, and as it descends towards the afternoon, more heat is felt. At roughly 3 p.m., the amount of heat held in the surface exceeds the quantity of heat exiting the surface.

It is commonly assumed that noon is the hottest time of day since it receives the most direct sunshine.

However, heat transmission takes time, which is why you will see higher temps later in the afternoon. The temperature tends to fluctuate the most in the early hours of the day because this is when the largest temperature swings may be observed.

Solar radiation is referred to as the mechanism through which the sun casts heat from its beams down onto the earth.

The earth will then reflect this heat out, but it will not be able to do so at the same rate as the heat is radiated onto the earth, and as a result, the temperature continues to climb and become higher during the day.

The thermal response is the phrase used to explain the process surrounding the temperature delay, and it essentially pertains to the notion of the quantity of radiation the planet receives.

How late in the evening do lows occur?

How long will temperatures be at their lowest after 3 to 4 p.m.?

While the air temperature tends to decline as the evening and midnight hours go by, the lowest temperatures don’t usually occur until before daybreak.

This might be perplexing, especially as the low is frequently reported alongside the term “tonight.” Consider the following to help clarify things.

Assume you check the forecast for Sunday and see a high of 50°F (10°C) and a low of 33°F (1°C). The indicated temperature of 33 degrees is the lowest temperature that will occur between 7 p.m. Sunday and 7 a.m. Monday morning.

The coldest part of the day is just after daybreak. Many people believe that the coldest time of day is early in the morning. However, this is not the case.

Why does the coldest part of the day occur after sunrise?

After the warmest part of the day, about 3 p.m., the Earth continues to transfer heat into the atmosphere at a rapid speed. Simultaneously, solar radiation declines until it disappears after sunset.

The planet’s surface cools throughout the night as it releases heat. After sunrise, the ground begins to absorb solar radiation, but it is still insufficient to offset the pace at which the surface cools as it emits heat into the atmosphere.

The precise time when the coldest part of the day occurs is determined by meteorological conditions, location, and time of year.

Cold temperatures can also be felt early in the morning, just after daybreak.

Again, there are misconceptions around this since some would infer that this should be the warmest period because the sun is at its highest. Still, as previously said, it has not yet reached its hottest temperature. The sun is continuing to lose warmth as it begins to ascend.

If you’re wondering why the coldest time of day follows immediately after the warmest time of day, there’s a simple explanation. Expressed this is because, although the planet continues to emit heat into the atmosphere at a rapid rate, solar radiation declines in tandem.

Several factors can influence when the warmest and coldest times of the day occur.

Although the hottest time of day should be around 3 pm to 4 pm, and the coldest time of day shortly after, your location and weather patterns can affect this. For these reasons, it is difficult to pinpoint the exact time of day when the temperature will reach its coldest point.

Although it is natural to believe that the warmest time of day is when the sun is shining the brightest on the planet, this is not the case.

As with most things that revolve around the notion of heat, it is a slow process that takes time for the planet to reach its hottest temperature. Thermal response and solar radiation help us understand temperature patterns and why they occur.

Although many believe that late at night, around midnight, is the coldest time of day, this is not true. Even though the sun rises early in the morning, temperatures are cooler at this time because the earth has yet to warm up.

Surprisingly, the coldest time of day comes later than many would assume, and, as previously stated, it occurs immediately after the warmest time.

Certain circumstances make it difficult to pinpoint a specific time when it is the coldest; nonetheless, it is likely to be one to two hours following the hottest time of day.

As previously said, there are causes for temperature delays. It is also crucial to remember that changes can be observed based on your location and the weather patterns you experience, especially when seeking to pinpoint the coldest time of year.