Why Does Oil Float On Water? Why Oil And Water Do Not Mix

When describing two people that don’t get along, you may have heard the phrase “those two mixes like oil and water.” Perhaps you’ve also spotted glistening oil floating on the surface of puddles of water after it rains. Of course, in all circumstances, you know that water and oil do not mix well—but have you ever wondered why? Why can’t oil dissolve in water like so many other things?


What feature of oil causes it to float on water? 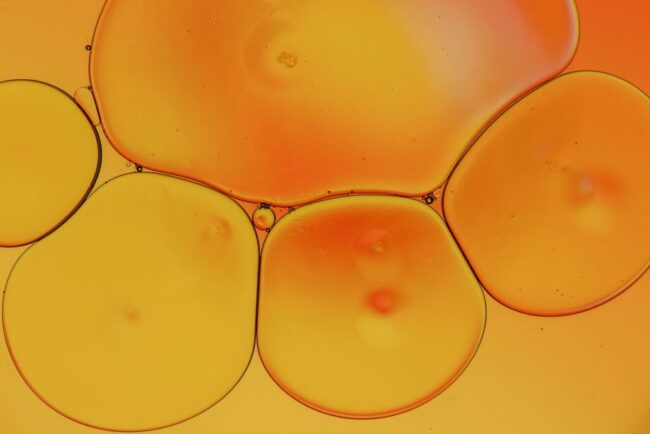 Why Do Oil and Water Not Mix?

On the other hand, oil molecules are non-polar and less attracted to water molecules because they are hydrophobic (fear of water). The idea of dipole moment aids in our comprehension.

A dipole can be compared to a magnet. It has a positively and negatively charged end, similar to a magnet’s north and south poles. The dipole moment or dipole strength is defined as the product of the magnitudes of the two charges and the distance between them. To mix, the dipole moments of the two liquids must be comparable.

Dipoles with comparable strengths dissolve faster with each other than dipoles with differing strengths. However, because the dipole moments of oil (and other hydrocarbon-based liquids) and water differ greatly, they do not dissolve in each other.

Detergents use this characteristic of oil to clean oily garments and dishes.

This is because detergents are drawn to both oil and water. As a result, the detergents have a hydrophilic (or water-loving) side that binds with water and a hydrophobic (or oil-binding) side that binds with oil. This results in an emulsion, which is nothing more than a stable mixture of two or more liquids that would not typically mix. As a result, the detergent attracts dirt and grime and washes it away with the water.

These characteristic benefits animals that live in seas or bodies of water.

In the winter, the oil in their coats and feathers protects them from the chilly water.

Because saline water is denser than freshwater, oil floats on its surface. This behavior may be observed with maize, cooking, crude, etc.

If we put ice in oil in a container, it will float.

This is because it is less dense than oil. However, it will sink to the bottom when it gradually melts into water.

Which is denser, water or oil?

Because water is denser (heavier) than oil, they cannot combine. As a result, oil floats on the surface of the water.