Why Should I Learn Microsoft Office? 9 Reasons Why

Home  »  Business   »   Why Should I Learn Microsoft Office? 9 Reasons Why

Microsoft Office is a popular tool among students and executives. The office program is now used by nearly 1.2 billion users in 140 countries.


It is used daily at home, schools, and offices to organize, handle, and show data and information. Microsoft Office Suite includes tools that may be used in both a web browser and on a desktop computer. 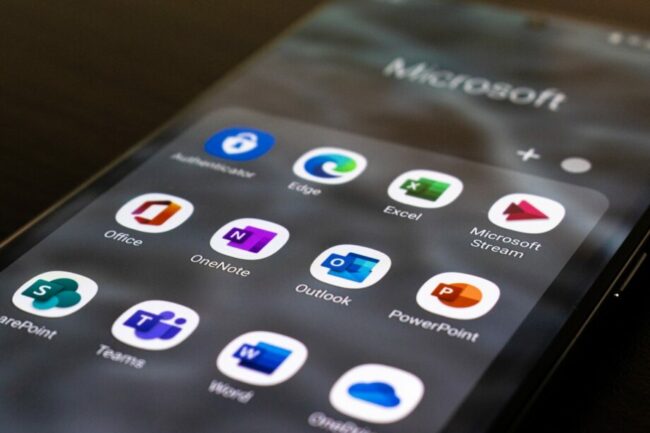 Microsoft Access and Microsoft Publisher are now only available for PCs. There are various compelling reasons why one should study Microsoft Office.

Microsoft Office is a tremendous hit with 90 percent of business professionals. It contributes significantly to Microsoft’s performance and earnings. But that is only a small portion of the picture.

What exactly is Microsoft Office?

Most individuals, from undergraduates to the C-suite, are familiar with Microsoft Office.

Bill Gates initially launched the suite, which includes Word, Excel, and PowerPoint, or, in other words, The Holy Trinity of software known as Microsoft Office, almost 30 years ago.

Microsoft became the first firm to surpass $1 billion in yearly revenue the year it was released.

Microsoft recorded $11 billion in sales from its Productivity segment alone in Q2 2020, primarily due to its Office products’ popularity. With figures like these, it’s clear to see how widespread the Office suite has become in businesses, schools, and households worldwide.

Then and Now of Microsoft Office for Beginners

While several features have been added since the product’s first release, most of the core offering has remained unchanged.

In addition to the original trio of Word, Excel, and PowerPoint, Microsoft Office also includes Access, Publisher, OneNote, and Outlook, all of which connect flawlessly with one another.

There are now several versions available, including updated and enhanced desktop software, mobile apps, and a web-based alternative for both Windows and Mac users.

What exactly is Microsoft 365?

Microsoft released Office 365, a cloud-based subscription service, in 2011 to compete with Google Drive.

While the programs in Office 365 were almost comparable to those in the desktop suite, key capabilities, such as Morph and Designer in PowerPoint, were initially available only in 365.

Since then, Microsoft has devoted more resources to its cloud-based service, enticing members with special benefits.

Microsoft said in 2017 that if Office customers do not pay for Office 365, they will lose access to OneDrive and Skype after 2020. This remark is consistent with Microsoft’s “Modern Lifecycle Policy,” which states that you must have the most recent version of the product to obtain full support.

Office 365 has been renamed “Microsoft 365” as of April 21, 2020. Microsoft 365 has the same Office programs as its predecessor, with Microsoft promising additional apps and services in the future.

What exactly is the distinction between Microsoft Office and Microsoft 365?

While both provide the same products that Office users are familiar with, the upfront prices and platforms they utilize differ.

Why Do I Need to Learn Microsoft Office?

Nonetheless, Office is a must-have product for any business for the following reasons:

1. Used by most businesses worldwide

Microsoft Office is the most extensively used program worldwide for sharing/presenting professional information by various businesses. Today’s computer-based professions are all highly familiar with Microsoft Office.

It has been created to be very interactive and powerful for the user. This is why Office users are very productive. It also has a high level of interoperability. The office works with all major operating systems, including Windows and Apple’s Mac. Office files may be read, updated, and shared from any location.

2. The office sector continues to dominate the market.

Some consider Google Docs a viable alternative to Microsoft Office; however, as a cloud-based service, Google Docs lacks the strength and offline accessibility that Office provides.

Google Docs has a restriction in that it requires constant online access. Office is still the preferred choice for every big firm.

MS Office programs such as Word, Excel, and PowerPoint are quite important. Mentioning Microsoft Office abilities in a CV adds value and improves one’s chances of getting a job in any field.

Microsoft is fully aware that the cloud is the way of the future. Office 365 is a fantastic service in this area. Office 365 is a cloud-based service, meaning that as long as users have Internet access, they may use Office 365 services online.

Companies and customers continue to use Office today because of Microsoft’s confidence over the years. People don’t need to look at other tools because Office gives amazing functionality and sophisticated capabilities with each new iteration.

Microsoft has certainly demonstrated that trust goes a long way. Microsoft’s income may explain the importance of Office. In Microsoft’s most recent fiscal year, Office produced $35 billion, accounting for 75% of overall earnings.

Because of its widespread use, it is simpler to obtain training and troubleshooting.

9. Certification from an industry-recognized organization will help you develop in your profession.

After completing your course, you can acquire a highly recognized certification from Microsoft.

According to Microsoft, gaining a Microsoft Office Specialist (MOS) certification in a certain Office software can indicate that you have the abilities required to get the most out of Office.

A MOS certification may earn an entry-level company employee up to $16,000 more per year than uncertified counterparts.

Becoming a certified Microsoft Office Specialist significantly boosts your resume or CV and will almost certainly raise your chances of being employed by your ideal employer.

Employers will notice your talents, effort, and devotion if you are certified, and they are frequently more likely to accept a higher salary level owing to your skill sets.

How can you effectively highlight your MS expertise in your resume?

Including a basic “Knowledge of MS Office” in your resume’s abilities section is equivalent to stating that you know how to use a computer.

Because, in an era where high school kids are also working at a higher level on numerous programming languages and applications, such basic assertions will add no value to your resume.

Instead, to demonstrate your proficiency with Microsoft technologies, including the following on your resume:

Explain how you used a certain element of MS tool capability in your project or regular job.

Tell us how skilled you are at MS Office and how long you have been using it, as well as any notable works.

Explain why you choose MS Tools and how they help you be more productive.

If you are certified or studied MS Office from a reputable source, ensure to include the version and year of the last usage.

They can select Microsoft Office classes based on their level of expertise and interest. A newbie seeking a Microsoft Office training course might begin with the basics and then progress to the intermediate level for better knowledge.

They should begin with intermediate or advanced sessions if they are already familiar with the fundamentals and wish to enhance their knowledge.

You may find free and paid online training courses on the internet. Anyone who wants to take Microsoft Office classes online can sign up and apply for the instruction.

After finishing the program, they will receive a certificate for each course. Including this Microsoft Office training certification on the resume and LinkedIn profile will allow companies to learn about the candidate’s main skills.